Originally from Nassau in the Bahamas, Raphieal Newbold started thinking about coming to Dalhousie in high school. The problem was deciding what to study.

He’d loved the sciences as long as he could remember — but what he enjoyed most about them was the variety. So even as he decided to major in Biology, he knew he was going to keep his perspective broad.

Then, he went one step further — adding a minor in Spanish.

"I have been learning Spanish since the third grade, for the longest time I didn't know where I wanted to go with it,” he says.

By continuing to embrace variety in his Dal experiences, Raphieal has made lifelong friends, discovered new goals and forged lasting memories. He’s even started to consider different career paths.

"At first I was very keen on entering medicine, but after some time at Dal I realized that there were other options,” he says. “I became more open to opportunities like research or entering the academic field'.”

During his years at Dalhousie, Raphieal participated in numerous societies including the Dalhousie Science Society (DSS), in which he served as VP finance, and the Dalhousie Association of Biology Students (DABS).

"DABS helped me transition to university and encouraged me to become more aware of what the program offered outside of academics,” he explains. “It provided a community of people that were in the same program but had different interests.

Raphieal also worked as a Biology TA and as part of the Dal Residence Life (RES Life) team, which he says was an eye-opening experience. 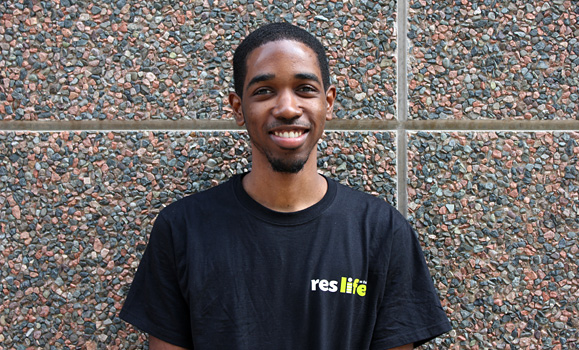 "It taught me a lot about being empathetic, advocating for people, and making sure everyone is included,” he says. “It also stressed the importance of self-care, at first I didn't understand that while I was supporting and taking care of others, I still needed to do the same for myself.”

Raphieal will be starting his master’s in September at McGill University in the Experimental Medicine program. During his time there he will be researching sleep-disordered breathing in pregnant women and how that affects newborn children. He’s already in Montreal, working with his supervisor getting a head start on research and data.

"Now that I'm here the next thing on my agenda is to learn French!" he says with a laugh.

While he’s considering a PhD as well, he remains open to any opportunities that present themselves, such as working, completing more schooling or revisiting the idea of medical school.

And as he starts his next chapter in Montreal, he’s proud of the experiences that have shaped his time at Dal.