Naheed Nenshi discusses the 2013 Alberta floods at a round table hosted by the MacEachen Institute last week. (Nick Pearce photos)

The talk was hosted at the MacEachen Institute for Public Policy and Governance on December 6, the centennial anniversary of the Halifax Explosion.

Speaking to guests via video conference, Nenshi discussed the emergency management challenges that his government faced during the 2013 Alberta floods.

The floods displaced more than 100,000 people and cost over $6 billion in damage losses and recovery costs.

Nenshi stressed the importance of communication, reassurance, and community goodwill during crises like these.

“It’s our job as public servants, at a time like this, when people feel like they’ve lost their entire life, to make sure that we’re there to remind them that they live in a community,” said Nenshi. “We’re going to help them get back their lives.”

The importance of leadership

With many working and studying in the field of emergency management, the need for prepared mayoral leadership was not lost on the audience.

“Communication and coordination under good leadership play the key role in reducing damages during an emergency,” said Farzana Karim, a Master’s student in Environmental Studies and one of the attendees at Wednesday’s round table. 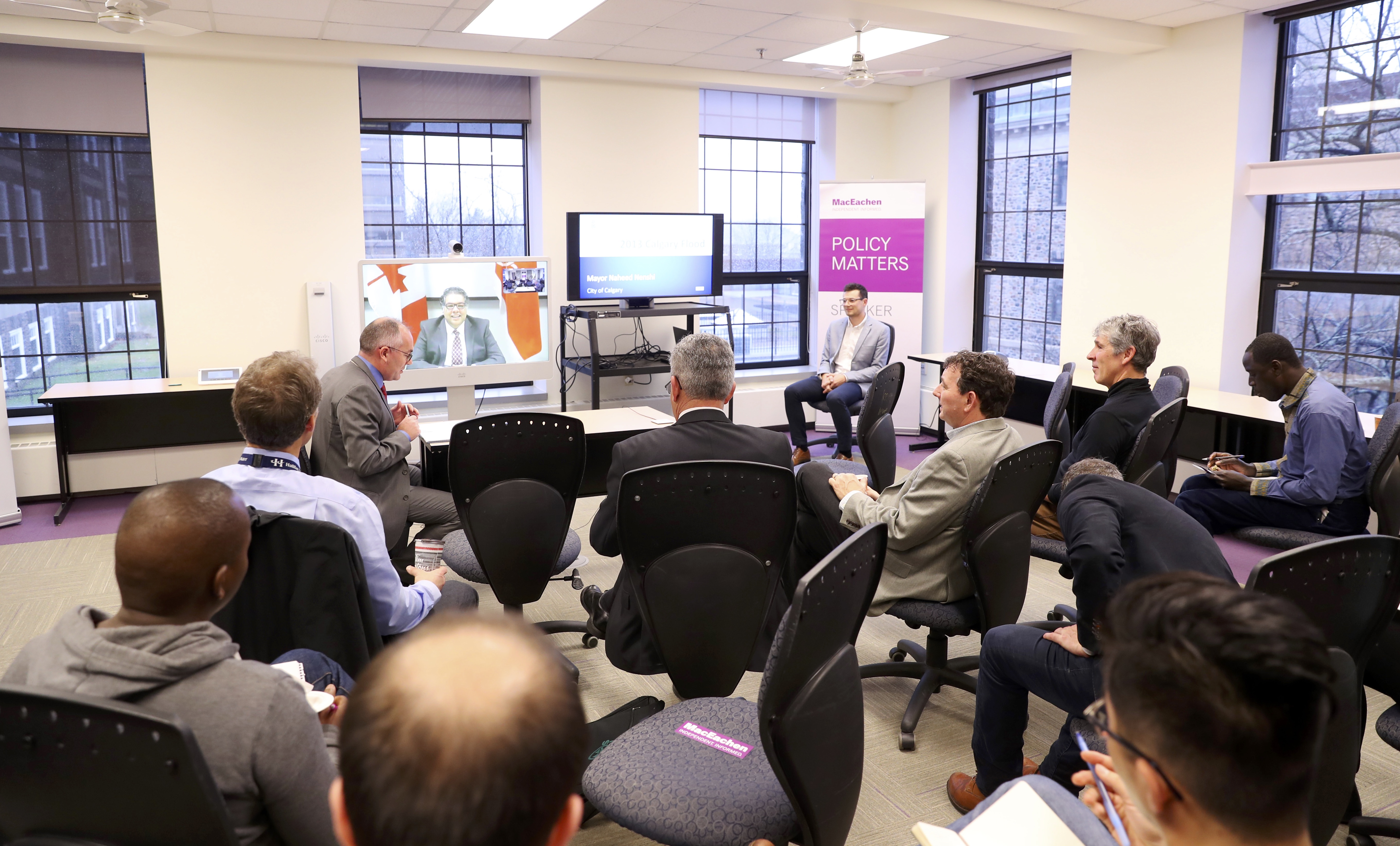 “The story of the people of Calgary’s response and their willingness to help flood-affected people touched my heart,” Karim said. “I believe that the mechanism that Alberta applied during the 2013 flood and the measures they are working with could be an important lesson for other provinces.”

Learning the lessons of the past

With dozens of Halifax Explosion memorials and events taking place this past week in the City of Halifax, organisers at the MacEachen Institute focussed on the need to use these events as learning opportunities.

“Our role at the Institute is to bring together policy makers, planners and academics, and provide them with an opportunity to exchange views about complex problems, and hopefully gain insights from each other” said Dr. Kevin Quigley, Scholarly Director of the MacEachen Institute. “The centennial of the Explosion gives us the opportunity to reflect on important emergency management issues.”

It’s a sentiment expressed by Nenshi as well.