Canadian families will be spending more money eating in restaurants in 2018. The average home is expected to spend almost 30 per cent of its food budget in food service, the highest level in history. 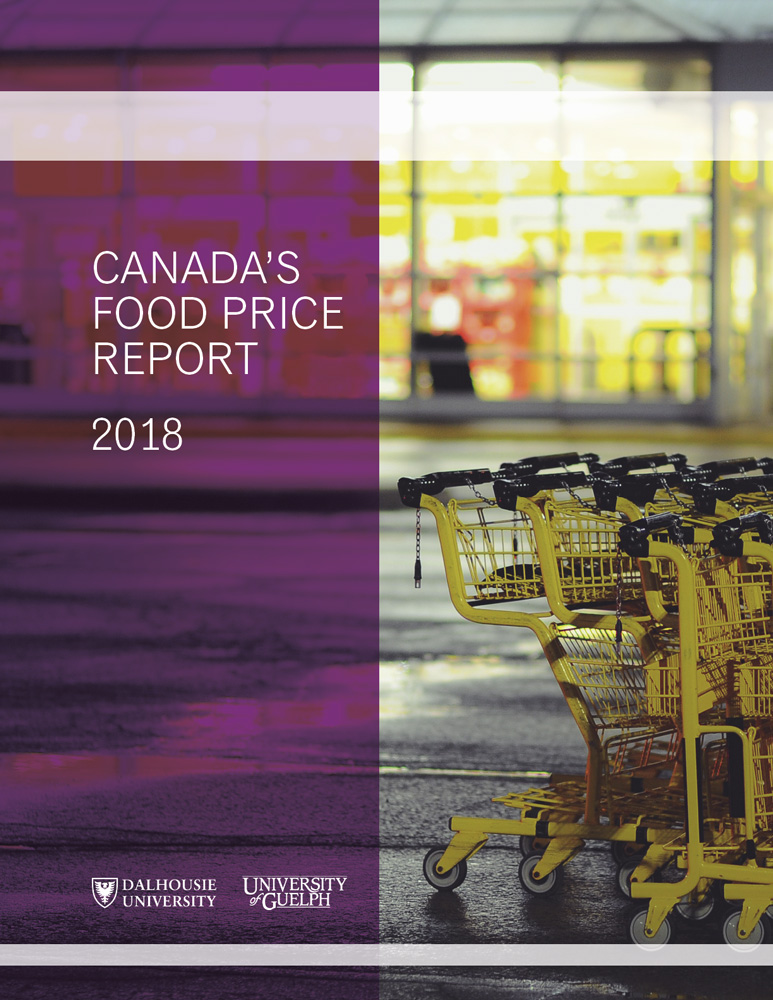 Canada’s Food Price Report, which forecasts food prices for the upcoming year and analyzes trends in Canada’s food industries was released today. The report is built on the expertise of authors from five different Dal faculties: Management, Computer Science, Health, Science and Agriculture. This year, they partnered with researchers from the University of Guelph. The Food Price Report is led by Sylvain Charlebois, dean of the Faculty of Management.

The report found that while food price increases are expected to be modest in most categories, spending on vegetables and food in restaurants will significantly increase.

"Canadian consumers will eat out more frequently in 2018, and that will come at a cost," says Dr. Charlebois. The average family is expected to spend $208 more when eating out compared to 2017, an increase of almost 8 per cent. That means that almost 30 per cent of consumers’ food budget will be spent on food service. The annual food expenditure for a family of four is expected to rise by $348 to a total of $11,948.

The price of vegetables is expected to rise by 4-6 per cent, largely because of unaccommodating climate conditions, explains Dr. Charlebois. La Niña, a reoccurring weather phenomenon that affects global climate patterns, will likely result in below-average precipitation in farming-intensive regions of the southern United States.

The report also looks at the major food trends that will affect Canadians in 2018. A new version of Canada's Food Guide is expected to be published, and we already know that it will be a departure from previous versions, encouraging a plant-based diet and avoidance of processed foods, according to co-author Catherine Mah.

“The new food guide will promote taking time to eat,” says Dr. Mah. “However, consumers have tough decisions to make when budgeting their time as well as their grocery shopping.”

The Canadian food industry is going through a structural change, causing a major shift in the market and effecting prices and consumer behaviour.

Simon Somogyi, co-author of the report and a professor in the Faculty of Agriculture, has studied the changing retail environment and the impact it is having on consumers’ eating and purchasing habits.

“The recent purchase of Whole Foods by Amazon is having a significant impact on the Canadian food retail sector,” Dr. Somogyi says. “The other major food retailers such as Loblaw, Sobeys and Metro are now changing their business models, particularly in how they sell to consumers, including online offerings. This could have an impact on the prices we pay for food in the future.”

This disruption in the food industry, which began in late 2016, had an effect on the food prices that the authors of the 2017 report did not fully foresee.

This year, the authors improved their predictions with a new approach: they used two different models and compared the results. The Dal team, drawing on their analytics and computer science expertise, used a machine-learning model which used algorithms to make predictions. The Guelph team used an econometric model, a statistical model commonly used in economics. The two teams presented their results to each other to debate the most likely outcome in each category.

"It was actually pretty fun," says Dr. Charlebois. "It made for a most interesting conversation between our two groups. We looked at all sorts of independent variables in the marketplace. Having a team with such diverse skill sets allowed us to really fine-tune our predictions, to determine how we really think those factors will ultimately impact food prices and Canadians.”