Exploring the aftermath of the Halifax Explosion a century later

This December marks 100 years since the largest man-made non-nuclear explosion in history. On December 6, 1917, The SS Imo and cargo ship SS Mont-Blanc collided in the Halifax Harbour, resulting in the deaths of over 2000 people and complete destruction of the Turtle Grove Mi’kmaq settlement and what was known as the Richmond District in the North End of Halifax.

The Dalhousie Art Gallery has curated an exhibition to commemorate the tragedy and explore how the event has shaped Halifax into the city it is today. 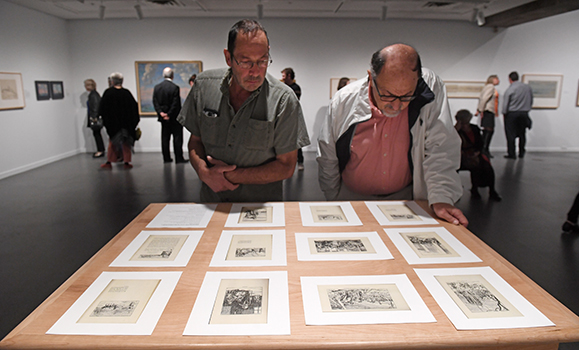 “It is interesting to think about the stories that have come from such an event,” said Dr. Martha Radice, an associate professor in Sociology and Social Anthropology in the Faculty of Arts and Social Sciences. “Some stories get repeated and others forgotten.”

Dr. Radice was one of several panelists from Dal and the surrounding community who shared unique, retrospective stories of the explosion at the opening reception held last week at the Dalhousie Arts Centre. The event featured a panel of experts from Dalhousie’s faculties of Health, Arts and Social Sciences, Architecture, and Computer Science along with the opening of the feature exhibition in the Dal Art Gallery. In the making for more than two years, the exhibition features five different segments, each of which provides unique non-military perspective into the explosion and its impact on the people, professions, and economy of Halifax. 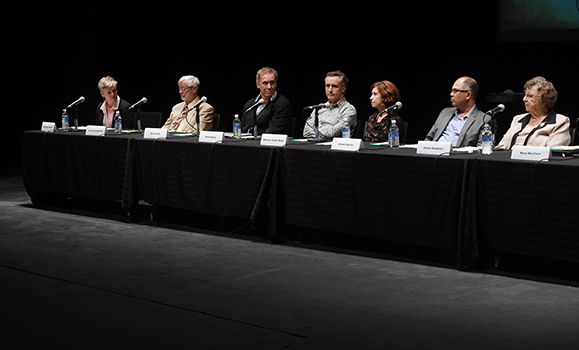 A recurring theme from the stories was how the explosion changed health care and social welfare in the community. Michelle Hébert Boyd, a Dal Social Work alumna, spoke to the changes in the field of social work and community welfare.

“Before the explosion, Halifax was filled with a patchwork of charities. The profession of Social Work had been established, but Halifax was behind,” said Boyd. “The explosion lead to the creation of the Halifax Welfare Bureau. In a matter of months, Halifax had created a social welfare system other cities have strived for years to achieve.”

A similar effect was had on nurses in the community. Gloria Stephens, founder of Nursing History NS, cast light on the experiences of nurses during the disaster.

“Nurses played a significant role during and after the explosion,” she said. “They performed duties never before thought of; activities that were only under the jurisdiction of doctors.”

Stephens mentioned that before the explosion, nurses were not allowed to take a patient’s temperature without permission from a physician. As hospitals became filled and there were not enough staff to tend to everyone, nurses had to quickly take on new tasks. 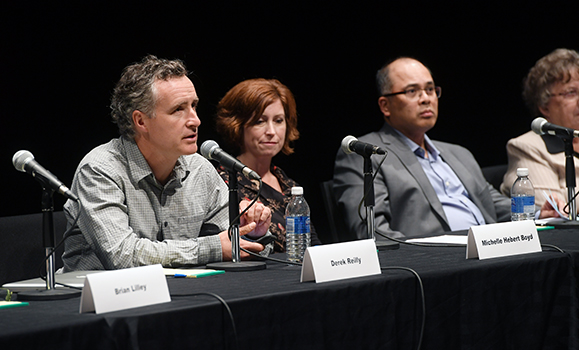 “Immediately after the explosion, leaders were hopeful that it would cause urban rebirth in Halifax, but instead what followed was the 1920s recession. People remembered the event negatively, they wanted to forget,” explained Dr. Sutherland.

The gallery opening coincided with the launch of Drifts, a smartphone application designed by the Narratives in Space + Time Society and local tech company MindSea that provides walking routes of the debris field of the explosion. 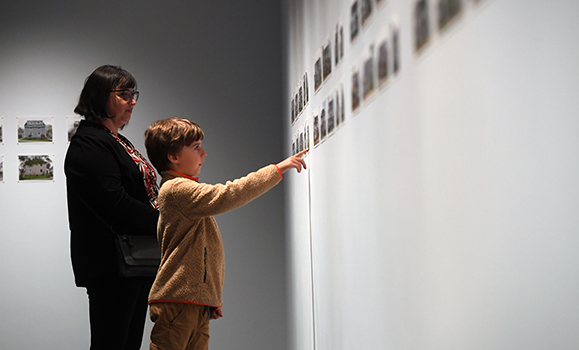 The Dal Art Gallery exhibition runs until December 17. Several other events, including a commemorative concert by the Dalhousie Symphony Orchestra, are scheduled between now and the end of the year to commemorate the explosion, celebrate the people who were integral to the post-disaster response, and mourn for those who lost their communities, homes, and lives.