Sometimes love makes you do the unexpected.

Zac Smith, for example, only intended to stay in Halifax for the duration of the Foundation Year program at the University of King’s College. But then the city captured his heart.

“The combination of falling in love with Halifax — and meeting great professors in the Political Science department at Dalhousie — convinced me to stay,” says Zac, who was raised in Toronto.

Zac graduates this spring with an honours degree in Political Science, a certificate in Indigenous Studies and a long list of classroom and experiential learning experiences that he’ll take with him to Harvard Law School next fall.

He credits his professors for providing the guidance and support that have helped him achieve his academic goals.

“I’ve made a connection with a number of profs and gotten to know them well,” says Zac, citing Indigenous Studies professor Diana Lewis as one of his faculty mentors. “That really makes a difference when you’re pushing yourself and finding challenges.”

Another difference-making experience for Zac came in the form of the new practicum placement course offered to Political Science and Gender and Women’s Studies students. Introduced in the 2016-17 academic year, the POLI 4390 course gives fourth-year undergraduates the chance to obtain real-world experience working for government or non-government organizations in the public policy sphere.

The opportunity to gain exposure to the policy world while earning an academic credit was perfect for Zac, who has been interested in politics and policy for as long as he can remember. 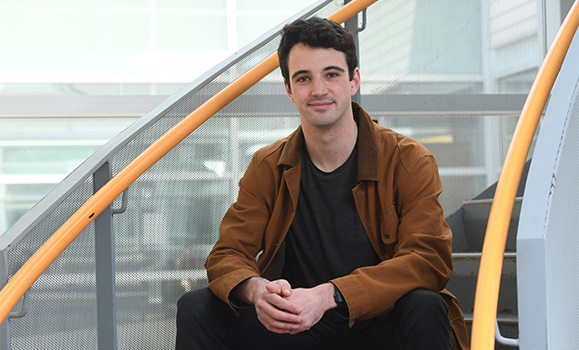 “It might be hereditary. My grandfather is a political scientist,” he says. “I remember being seven years old and doing cut-outs and scrapbooks of elections.”

After taking a master’s-level course in policy at Dalhousie’s School of Public Administration last summer, Zac did his practicum placement at the Canadian Centre for Policy Alternatives (CCPA).

“I was working one on one with the head of CCPA for Nova Scotia. It was super cool and I think was an opportunity I wouldn’t have had in Ontario or Quebec, just because Nova Scotia is a smaller community.

The practicum allowed Zac to make a meaningful, tangible contribution to an important policy project.

“I was working on the Halifax Living Wage Report, which needed to be updated. We looked at costs of living and what people actually need to live. When I was done, the CCPA had a report that I was instrumental in writing.”

The practicum placement was by no means the only experiential learning exercise in Zac’s university career. As a volunteer, he has dedicated himself to literacy programs for new Canadians and inmates at the Central Nova Scotia Correctional Facility in Burnside.

His commitment to public service also continues this summer, as he’ll intern with a Member of Parliament in Ottawa before heading off to Harvard.

From his interest in policy to his appreciation for his adopted hometown, Zac has found success by following the things he loves.

“I think undergrad is what you make of it,” he says. “And I’ve had a great time.”