Just a few of the 2,600-plus items in the Dalhousie Kipling Collection. (Ryan McNutt photo)

Whether it was for quality time with the family, an outing with friends or even just free popcorn, Dalhousie alumni and community members made their way to the Scotiabank Auditorium last Thursday for a screening of the latest film version of The Jungle Book.

The hit movie, released earlier this year, brought the adventures of Mowgli to a whole new audience. But those stories have a long legacy — one, in its own way, connected to Dalhousie.

Dalhousie’s Kipling Collection, given to the university by Halifax lawyer James McGregor Stewart in the 1950s, features more than 2,600 books, including copies of the British and American first editions of The Jungle Book. These versions include beautifully detailed illustrations as page headers and poems by author Rudyard Kipling that summarize the stories. They are also autographed — a rarity, as Kipling did not like to sign his books.

“Stewart was an amazing Kipling fan, scholar, and generous benefactor,” says Karen Smith, Dal special collections librarian. “He thought Kipling was the most important man of the generation.”

Dalhousie is lucky to have the original manuscript of one of The Jungle Books poems: "Letting in the Jungle." This is a rarity as Kipling's family was known to be very protective of his originals. Kipling published many of the Mowgli stories in literary journals before collecting them together into The Jungle Book series. The Dal Kipling collection holds many of the serial issues in which the Mowgli stories first appeared.

The Dal Kipling Collection has a total of 68 editions of the Jungle Book series, spanning 100 years from its first publication in 1894."

“There are many levels to these stories,” says Smith. “One of them is a very political interpretation, but they stand alone beautifully as adventures about a boy coming of age.”

“He really helped launch the genre of boys’ adventure stories,” explains Dal English Professor Julia Wright. "Jungle Book is picking up on an element of fantasy in which we talk about nature in very human kinds of ways to make it less threatening. And there’s a long tradition in children’s literature of representing children free from home and having to tell people where they are."

This fantasy has stood the test of time as the adventures of Kipling’s characters are still inspiring new films, including the 2016 version. 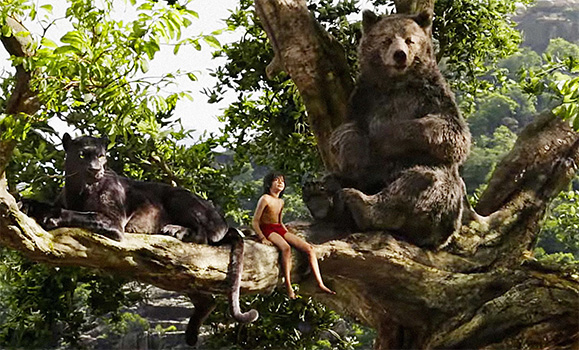 A scene from the 2016 film version of The Jungle Book.

“It makes me think I should probably be securing film versions for the collection,” said Smith. “It’s been very true to Stewart’s original intent, which was print, but I think he would be happy if we added the film because that’s how the next generation is going to hear and learn about The Jungle Book.”

Smith hopes that people watching the film now will realize that these characters are based on text. “The movie really does pick up on all the elements of the original publication,” says Smith, who introduced Kipling’s stories and the collection before the screening, hosted by the Faculty of Arts and Social Sciences.

A “one-stop” shop for Kipling scholars

Well-known Kipling scholar Thomas Phinney has described Dal’s Kipling materials as “the single most comprehensive collection” of the author’s work.

“The significance of the collection is the whole, and that’s why researchers love to come here,” says Smith. “Stewart collected all aspects, and the criticism as well. It’s a little bit like one-stop shopping.”

Criticism of Kipling’s stories, as well as Disney’s previous film interpretations of the characters, focused on racist overtones coming from the British colonialist perspective.

“Many of Kipling’s stories were about the British Empire, and how soldiers and colonizers should behave,” says Dr. Wright. “They are lovely stories in some senses, but from another perspective they perpetuate representations of peoples that we need to understand better, to understand our past.”

But by being reworked through different adaptations, the narrative of Mowgli, Shere Khan, Baloo and others finds new contexts and meanings.

“There’s a kind of momentum literature has when it’s on everyone’s bookshelves and Disney makes movies of it,” says Dr. Wright. “It becomes very well known, and it becomes a part of our culture.”