Dal.ca Home
Home
News & Events
May 2015
28
From far to here: International grads on their Dal experiences and next steps

From far to here: International grads on their Dal experiences and next steps

Among the hundreds of graduates crossing the stage at Spring Convocation ceremonies this month are students whose path to Dal started in countries around the world. And while their journeys ahead may well be equally as vast in the distance they span, many are planning to stay — in Nova Scotia, in the Maritimes, in Canada. Here’s a look at just a few of those students and their stories. 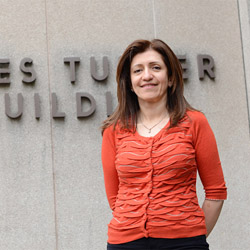 “I’m not Nova Scotian by birth, but I am by heart.”

It’s a sentiment that Sepideh Behroozan (MD Class of 2015) and her family share after living in the province for over seven years.

As Sepideh walks the Convocation stage this year, it will be her second time receiving a medical degree: she’s a former practising physician from Iran. But after clinical observerships at Dalhousie Medical School, she knew she wanted to practise medicine in Nova Scotia.

“We arrived in Nova Scotia in 2008 and found an amazing and welcoming place to live. I knew I wanted to stay here, so when applying to CaRMS — which matches new medical graduates to residency positions — I only applied to Dalhousie’s family medicine program.”

To strengthen her application, Sepideh took every opportunity available to increase her clinical exposure. She became a family support worker at the IWK Health Centre, worked as a simulated patient, and delivered the clinical skills review program at Immigrant Services Association of Nova Scotia to international medical graduates.

Earlier this year, Sepideh received word that she had been accepted to the family medicine residency program in Halifax.

“I wouldn’t have been able to be here if it wasn’t for the unconditional love and support of my husband. As an experienced orthopedic surgeon from Iran, he was the one who sacrificed for our family. I was told this dream would be hard to pursue, but without him, it would have been impossible.” 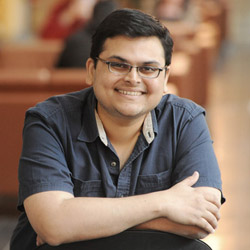 As Raghav Sampangi crosses the Rebecca Cohn stage this week, he’ll be achieving much more than a PhD. He has set a new standard for student engagement in the Faculty of Computer Science, a spirit he’ll continue cultivating as a post-doctoral fellow in the Faculty.

Originally from Mysore, India, Raghav came to Dalhousie in 2011. In just under four years, Raghav has shown passion and determination, resurrecting an in-house conference and starting a new student society.

The Dalhousie Computer Science In-House Conference — also known as DCSI — began in 2002 as a way for students and profs to showcase their research to industry. While successful in the past, it laid dormant for five years before Raghav and a group of CS students resurrected it in 2012. The success of this conference made it a now-annual event.

“Before DCSI, we were all working away on our individual research projects, with minimal collaboration with other students and knowledge about others’ work,” he says.

While graduate students make up 30 per cent of the Computer Science student body, Raghav felt they were under-represented in several respects and needed a voice. He helped start the new Computer Science Graduate Society (CSGS), which works hard to engage graduate students, create a community and to collaborate with sister societies and the Faculty.

“We have seen a lot of great students in this Faculty, but I do not recall one other student who had such an immediately positive impact on the faculty, students, and staff,” says Dean Mike Shepherd.

While his skills and work ethic would allow him to work anywhere in the world, Sampangi has decided to stay put for a while.

“I’m working as a post-doctoral fellow and an instructor here as of May,” he says. “I’ve had the best educational experience of my life, with a chance to work with several highly motivated individuals and to learn from each and every interaction… and Halifax is just a beautiful city to live in!” 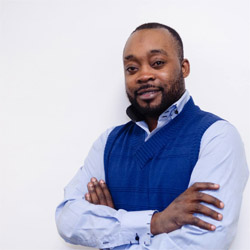 Didier Okende’s last few years have been so busy that he has to pause to recall all of his experiences. Didier, who receives his Bachelor of Commerce degree this week, arrived in Canada from the Democratic Republic of the Congo in 2003, sponsored by the World University Service of Canada (WUSC).

“I was a finance executive for the local WUSC committee at Dal and the International Student Association,” he says. “Then I was the co-founder of the African United Soccer Team in Halifax. Then I was volunteering for the Dalhousie African Student Association...” Didier majored in Managing People and Organizations, and has obviously been putting his degree to work.

Unfortunately, finances and his educational background presented him with some challenges. “My background education was in the French system,” he says, “so coming here and studying in English was a very big challenge.”

In 2007, Didier stepped away from his studies. Over the next few years, he worked for WestJet and American Express Travel in Calgary, Statistics Canada in Gatineau, and JP Morgan Chase Canada in Ottawa. He continued to volunteer, doing administrative work for the Congolese Catholic community in Ottawa as the Secretary General, where he and a friend created a soccer team, Umoja Hope, to help at-risk youth.

When he was able to return to Dalhousie in 2013, Didier became president of the Dalhousie African Student Association (DASA), taking the association’s annual Africa Night event to new heights. In helping the organizations around him, and taking part in events like the Global Micro Credit Summit in Halifax, Didier has also picked up new skills and had valuable experiences.

Didier now volunteers with the Halifax Refugee Clinic, and is contemplating his future. “I really want to stay in Canada,” he says; he is considering a graduate degree at Dalhousie or another Canadian school. Regardless of what he does next, Didier has a wealth of experience to help him in any future career.

(By Miriam Breslow. Read a longer version of this profile.) 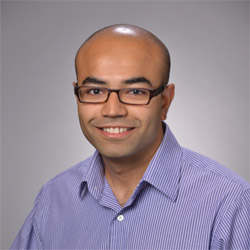 For Aditya Patel, practice makes perfect — and Halifax is the perfect place to practice (in the clinical sense, that is).

Aditya was born in India, moving to Dubai in the United Arab Emirates when he was seven. He first came to Canada prior to his undergraduate studies in Toronto and, after completing his Dentistry degree, he was looking to specialize and was drawn to Dalhousie’s Master of Periodontics program.

“It was a new program,” he explains. “I wanted to expand my experience beyond Toronto, and had never been to the East Coast before”

Periodontics is a dental specialty focused on the diagnosis, prevention, and treatment of periodontal and peri-implant diseases (gum disease, etc.). Aditya says his experience in the three-year program has been outstanding, with a friendly environment focused on clinical experience.

“The practical clinical experience started right off the bat in September the first year,” he says. “Spending that much time working directly with patients has been really valuable.”

In his studies, he worked closely with Dr. Chris Cameron, who is an instructor in the program and also runs a local periodontics clinic called Ocean Periodontal. The connection has led to Aditya joining the practice as an associate. Starting this August, he’ll be working with patients in both Halifax and Truro.

For Aditya, the opportunity to stay in Halifax — where he lives with his wife, who works for the military — is a welcome one.

“It’s easy to be based in a city with a lot of general practitioners, like Halifax, because it means we can support their referrals,“ he says, noting as well the city’s quality of life. “Coming from a bigger city, you can really see the difference in the pace. Once I got used to that, it felt really comfortable."