Mark Monk signs off all his emails with the quote, “Enthusiasm is caught, not taught.” As the administrative assistant at Dalhousie’s School of Human Communications Disorders (SHCD), he sends a lot of emails.

Monk’s self-prescribed enthusiasm and dedication to his community were recently recognized by Halifax Regional Municipality. Monk was given an HRM volunteer award by Mayor Mike Savage at a ceremony last month.

“It was quite exciting,” Monk says.

Monk was nominated by two students at the SHCD after they saw him laying a wreath a Remembrance Day ceremony on behalf of the Halifax Pride Committee. 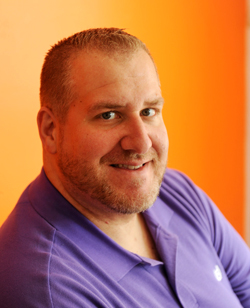 Monk belongs to many Halifax communities, and volunteers in several of them.

As a volunteer and proud member of the LGBT community, Monk is now the volunteer coordinator of Halifax Pride. He recruits, mentors and trains new volunteers to help them serve in the community during the annual pride festival, Canada’s fourth-largest Pride Festival.

“I feel a sense of giving back to my community: a community that helped me come into my own,” Monk says. He was awarded volunteer of the year with Halifax Pride in 2011 and 2012.

In 2011, Monk also participated in the “It Gets Better” video made by prideHealth, a group for LGBT employees of Capital Health and the IWK Health Centre. Monk was one of the interviewees.

“I was once incredibly shy,” Monk said. He says he was also a victim of bullying in his teenage years. He strongly believes that it does, in fact, get better. He says volunteering in his community has helped build that self-esteem.

With a background in community theatre, Monk also takes time out of his busy life to serve as secretary of the Gilbert and Sullivan Society of Nova Scotia, a position that fell into his lap after being recruited to sing in the male ensemble.

“It helps to work on my skills as an administrative professional,” Monk says.

His stage experience propelled him to volunteer as stage manager for the Dalhousie fundraiser “For the Health of It,” a skit competition between the different health faculties at Dalhousie. This year’s event raised over $35,000 for the Make-A-Wish foundation.

As for why he, personally, gives back so much of his time, he says it’s about doing what he can to support those communities.

“It’s not for personal gain. I don’t want to have a wall full of awards. It’s not what you do; it’s why you do it.” 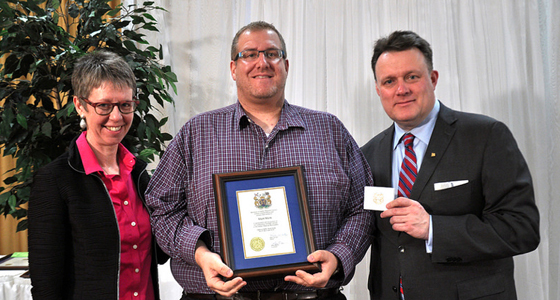