“Compassion” is the word to describe DalTheatre production of The Decameron — but not the only word.

DalTheatre’s production of The Decameron runs through Saturday, March 29 at the Sir James Dunn Theatre at Dalhousie University Arts Centre.

The performance by fourth-year Theatre students is adapted by Patrick Baliani from the book by Giovanni Boccaccio, weaving The Decameron's 100 novellas into something truly special.

“It is cool to do something that has never been done before,” says Smith.

Baliani will actually be coming to Dal on Friday from Tuscon, Arizona (where he teaches at the University of Arizona) to view the production and deliver a talk at 1:30 p.m. in the Dunn Theatre, Dalhousie Arts Centre.

Set in early 14th-century medieval Italy, The Decameron takes audience members though a storytelling journey set in a Tuscan villa, as a group of friends hide out there to escape the Black Plague.

To fit with the theme of this year's DalTheatre’s season — storytelling — “this one is all about storytelling,” says assistant director Holli Lowe. 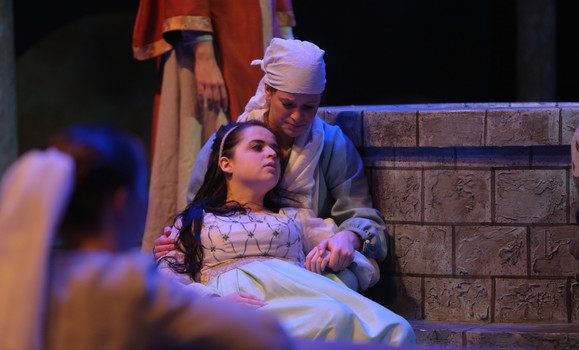 As an ensemble cast, the actors are all on the stage together for the majority of the play. The characters tell stories to pass the time through the cold, dark night.

“Through humour and sadness, sudden joy is brought,” says Lowe. The stories will have the audience laughing and, likely, crying.

The Decameron considers the important lessons that the tough times of the plague teaches its characters.

“They comfort each other in the time of need,” says Lowe.

Taylor Olson, a fourth-year Theatre student who plays Rinieri in the show, agrees: “The main moral of the play is to create generosity of spirit and share that with people.”

As the play evolves the audience learns about the lives and struggles of the characters. “All the lessons are extremely relevant to today,” says Smith. “It’s all about humanity.” 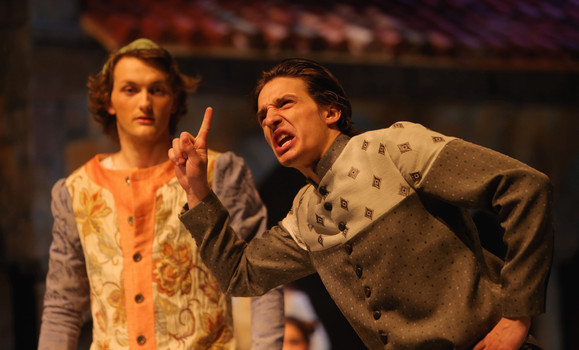 Without any spoilers, the play ends on a point of reconciliation and expresses the eternal possibility of forgiveness.

As the cast is made up of 14 theatre students in their final year at Dalhousie, Smith and Olson say the play is a bit bittersweet, since it’s their last as a group at Dalhousie.

“The cast is great; they have a little community of their own and it comes out in the show,” says Lowe. “Getting the chance to work with all these people has been unbelievable. I’ve seen it countless times [now] and it still makes me feel wonderful.” 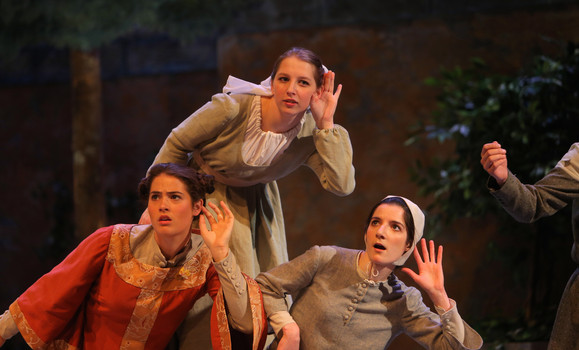 The Decameron runs from March 25 to 29, with evening performances at 8 p.m. each day and an additional matinee performance at 2 p.m. on Saturday, March 29. Tickets are available at the Dalhousie Arts Centre box office.