Fred Fountain took on the role of Dalhousie’s chancellor because he saw it as an opportunity to help advance the university’s mission — one he strongly believes in.

“It’s exciting to be a chancellor,” he says. “It gives you a real birds-eye view of the big picture, but allows you to get into the details and use your skills and talents to help out the university in particular ways, as appropriate.”

He’ll get to help out in that capacity a little while longer: Dalhousie’s Board of Governors has approved an extension of Mr. Fountain’s term as chancellor until March 31, 2015.

Mr. Fountain’s second term was set to expire this June. However, given his performance as chancellor, and a desire to ensure proper consideration to choosing his successor, recognizing some of the ongoing transitions (including a new president), the Board felt Dalhousie would be best served by extending his term until next March. This would allow the university’s next chancellor to take on the role just prior to Spring Convocation 2015.

“Fred’s work as chancellor has been exceptional,” says Jim Spatz, chair of Dal’s Board of Governors. “We are grateful for his service and pleased he has agreed to stay on as chancellor.”

“Fred is one of Dalhousie’s strongest advocates, from his generous financial support to his commitment to the chancellor’s role,” adds President Richard Florizone. “Dalhousie has been well served with him as chancellor, and it will be a pleasure to continue working with him in that capacity for the next year.”

Making the most of the opportunity

In part, the chancellor’s position is ceremonial — its most visible role is overseeing convocation ceremonies — but it offers plenty of space for each occupant to make it their own. In Mr. Fountain’s case, he’s been an incredibly active chancellor, whether it’s his role supporting Dal’s Bold Ambitions campaign, to his work on the Board of Governors, to his willingness to speak to and advocate for the university across the province, region and country.

“You get asked to do a lot of things and while you can’t do everything, if you’re conscientious you’ll take many of the opportunities to go to events, to speak for or to represent the university,” explains Mr. Fountain. “For me, it’s a lot more than just showing up at convocation and handing out degrees. That’s a big part of it, and it takes up a lot of time each year, but there’s a lot more you can — and should — do as a chancellor, in my opinion.” 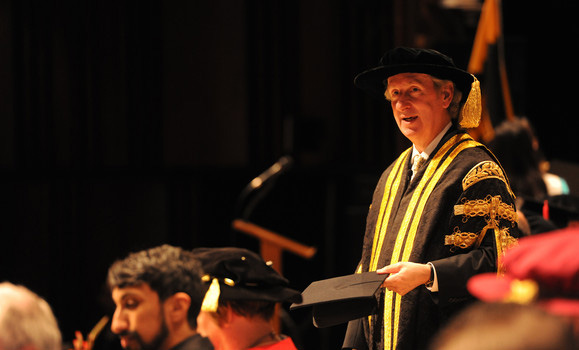 He says it’s been exciting to watch Dal’s reach and reputation grow during his tenure, particularly on the national and international stage, and that being chancellor has deepened his already strong relationship with the university.

Mr. Fountain, who is president and CEO of The Great Eastern Corporation and counsel to the law firm Burke Thompson, has Dalhousie connections that run deep. He’s an alumnus (Law, 1974) and served on the Board of Governors from 1990-99. He was selected as Dal’s Alumnus of the Year in 1997, received the Dalhousie University Community Award in 1998 and an honorary degree in 2000.

He and his family are also among Dalhousie’s most generous benefactors, most recently with a $10 million donation to support the creation of the Fountain School of Performing Arts at Dalhousie, bringing together the Departments of Music and Theatre. 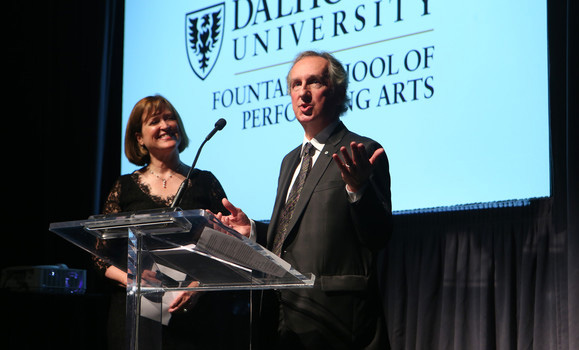 “My wife [Elizabeth] and I expect to take great interest in the School and its progress over the next several years,” says Mr. Fountain. “We’re excited to play whatever role we can in helping it grow and prosper.”

The university will soon begin the search for a new chancellor. The Board’s Governance and Nominating Committee will consider candidates before bringing a formal recommendation forward to the Board for approval.

As for Mr. Fountain, he says he’ll look back on his time as chancellor with great fondness.

“As chancellor, you have to be able to see the big picture and articulate it to some extent. And because Dalhousie has been so successful in recent years, it’s been wonderful to help tell that story. If you enjoy education and you enjoy working with all the great people who make up the university — from students, to faculty, to admin, to alumni — it’s a very fun role.”