Though the leaves are only just starting to turn, it’s once again time for the university to mark another transition: the latest class of students to become Dalhousie alumni.

Fall Convocation starts next week, with three ceremonies at the Rebecca Cohn Auditorium in the Dalhousie Arts Centre from October 1-3. You can see the full schedule of ceremonies (including webcast times) at the Convocation website.

Along with the Dal students crossing the stage, the university will also present honorary degrees to three outstanding individuals.

Editor's note: an earlier version of this story had the dates switched on the ceremony dates for Dr. Roberts and Mr. MacKinnon. It has now been corrected.

A native of Newfoundland, Dr. Roberts served as director of the cardiac care unit at Barnes Hospital in St. Louis, Missouri from 1974–1982. Subsequently, for more than 20 years, he was chief of cardiology at Baylor College of Medicine and The Methodist Hospital in Houston, Texas. During that same period he was director of the Myocardial Infarction Diagnostic Laboratory in Houston.

Dr. Roberts has published and lectured extensively and served on numerous organizational, research and editorial boards. He has received honours from many organizations, including the American Heart Association, International Academy of Cardiology, American College of Cardiology, Memorial University and the Royal Society of Canada. 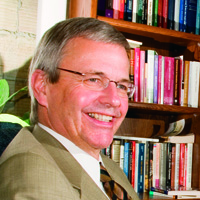 As president of the University of Saskatchewan, Mr. Peter MacKinnon, QC, recognized the strength of the university and its people and charted a course for growth and innovation. He has also made his mark in public policy, and is the Public Policy Forum’s first Prime Ministers of Canada Fellow.

A Dalhousie graduate and native of Prince Edward Island, Mr. MacKinnon earned his law degree from Queen’s. He joined the University of Saskatchewan’s law faculty in 1975 and received his Master of Laws degree from the university in 1976.

In his 13 years as president he was respected for his strategic planning and his role in positioning the University of Saskatchewan as a leader in research and innovation. The university is now home to the International Vaccine Centre and the Canadian Light Source.

Mr. MacKinnon’s service has extended far beyond the campus. He is a member of the Advisory Committee on the Public Service and the Canadian Judicial Council Chairperson’s Advisory Group. He has served on the Science, Technology and Innovation Council and chaired the Association of Universities and Colleges of Canada.

Mr. MacKinnon is an Officer of the Order of Canada. He holds honorary degrees from Memorial University and the University of Regina. 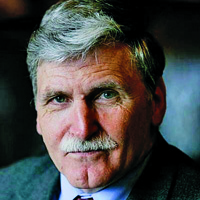 Appointed to the Canadian Senate in 2005, Lt-Gen. The Honourable Roméo Dallaire has shown extraordinary bravery and leadership in the face of atrocity and challenged the world to respond to the plight of child soldiers.

He served in the military for more than three decades and was Force Commander of the United Nations Assistance Mission for Rwanda where his warnings of the massacre to come went unheeded and the 1994 genocide claimed an estimated 800,000 lives in 100 days.

Lt.-Gen. Dallaire’s book, Shake Hands with the Devil: The Failure of Humanity in Rwanda, earned the Governor General’s Literary Award for non-fiction. He is also author of They Fight Like Soldiers, They Die Like Children: The Global Quest to Eradicate the Use of Child Soldiers.

Founder of the Child Soldiers Initiative, housed at Dalhousie, Lt.-Gen. Dallaire is a distinguished senior fellow of the Montreal Institute for Genocide and Human Rights Studies. He served on the United Nations Advisory Committee on Genocide Prevention.