Posted by Department of Economics on March 1, 2022 in News 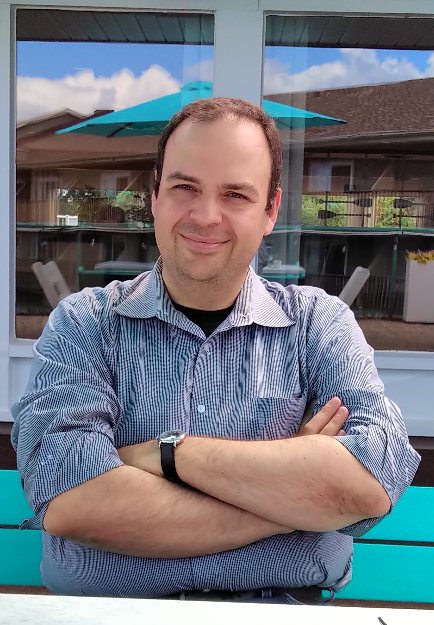 If one were to travel back in time and tell my 17-year-old self, living in Athens, that he will now be in Canada teaching Economics, they would be stared in complete astonishment. It is not that I wasn’t interested in economics, but I could not envision myself working or studying on anything related to that, my strong preference being in engineering or sciences. In Greece, to enter university, you need to take national exams at the end of high school while submitting a list with your preferences over universities (subjects and locations). Depending on your exam grades and on your preferences, you get admitted in a university where you study a very specific subject. It sounds like a lottery, and it can sometimes be one. My first choice being electrical engineering, I was disappointed to be admitted into my sixth choice: Naval Architecture and Marine Engineering at the National Technical University of Athens. It took me one term to realize how wrong I was in that sentiment.

During my engineering studies, I took all available elective courses related to economics and finance, purely out of personal interest. I would have never thought of changing my set career path as an engineer till I encountered Statistics, and in particular Time Series Analysis. There are moments in life when two things that seemed unrelated suddenly connect. To me at the time, the possibility that you can use statistical tools to model economic and financial data was a revelation, and it made me reconsider what I want to do in life; a career in finance was now the most appealing option.  Regardless, that would necessitate a change in the direction of my studies, and how else to achieve it by completing a post graduate program:  the MSc in Banking and Financial Management in University of Piraeus was a more appealing alternative to an MBA, as I considered it to be more quantitative in nature.

It was during that program when I formally discovered econometrics: the use of statistical tools to describe economic systems. What intrigued me most was the idea that you can develop those tools; I guess that was the engineer in me thinking. Thus, I made the decision, with the strong encouragement of my thesis supervisor, to pursue further studies. In 2003, I arrived in Montreal for my PhD in Economics at McGill University. Why Montreal? Academically-wise, Montreal was, and still is, a hot spot for econometrics, with excellent professors in the subject, and strong collaboration among the city’s universities. Life-wise, Montreal is like being in Europe, and for someone like me who had never been out of Greece before, it would feel more like home, if one were to overlook the freezing winters.

Since graduation, my professional experience is divided between academics and the banking sector.  I was an Assistant Professor of Economics, in Aarhus University from August 2008 till July 2011, and an Assistant Professor of Economics in Mount Allison University from August 2011 to December 2013. Between 2014 and 2016, I worked as an Econometrician with the Risk Team at the Department of Economics in TD Bank Group at Toronto; my work was mainly about stress testing (scenario generation and modeling) as required by regulators in Canada and USA.

In 2016, I joined the Department of Economics at Dalhousie as an Instructor. I was strongly motivated to come to Halifax where my wife and son were living, so it was opportune that the department had an opening that year. Although my focus is on teaching, I try to continue my research on identification of regimes in economic data. In July 2019, I became the Undergraduate Advisor, and it is in this role that I am happy to see how my own past experiences can now help students.