Going Public: Dalhousie MPA grads use their degree to make a difference

Posted by Nicole Maunsell on February 21, 2018 in Alumni & Friends 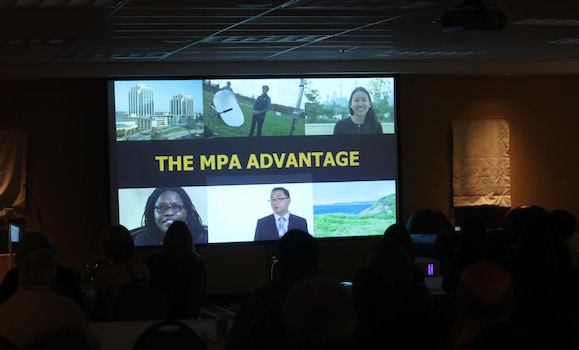 A new video produced for Dalhousie's 200th anniversary showcases how graduates of the Master of Public Administration program (MPA) have been contributing to and shaping Canada's public service.

"We really wanted the video to speak to many different audiences about the value of an MPA and how it can be applied to a wide variety of issues to make a difference in the world," says Lori Harrop, Going Public's producer and co-director. "For students – current and potential – we hope it underscores how useful an MPA can be in helping them realize meaningful careers."

The idea for the video was conceived by Harrop and Dal professor Dr. Marguerite Cassin (executive producer). They then created a class project that saw MPA students conduct pre-interviews with alumni about how they applied their education to careers in service to the public. The project gave students qualitative research experience and helped them get a sense of the variety of career paths available to them.

For George Butters, who recorded the final interviews, working on the video changed the way he sees government officials. Butters was a political reporter before becoming a professional videographer. "I had a certain view of public servants," he said at the launch. "And then you sent me out to talk to these people and it completely changed my view. What I saw was diversity – in interests, backgrounds and opinions. But the commonality I kept running across was passion."

The video was launched at the student-led Atlantic Conference on Public Administration in January. Following the viewing, a panel discussion on the MPA program and its evolution was held that included Catherine Blewett (MPA ’90), Fisheries and Oceans Canada; Sandra McKenzie (MPA ’96) formerly with NS Department of Education and Early Child Development; Dr. Paul Brown, who taught in the MPA program in its formative years; and Laura Lee Langley, Clerk of the Nova Scotia Executive Council (moderator).

Dr. Brown recalled the vision that faculty members had for the school in its early years – "a professional public service, serving people and building a better future for them" – and the challenges that the students of today will face, such as new technology and reconciliation between Canada's governments and its Indigenous peoples.

Sandra McKenzie, who completed her MPA while working as a clerk and raising her children, reflected on how much has changed: "We take it for granted now, but there was a time when there was not a professional public service," she said. "The School of Public Administration introduced a professional code of conduct and a set of standards." 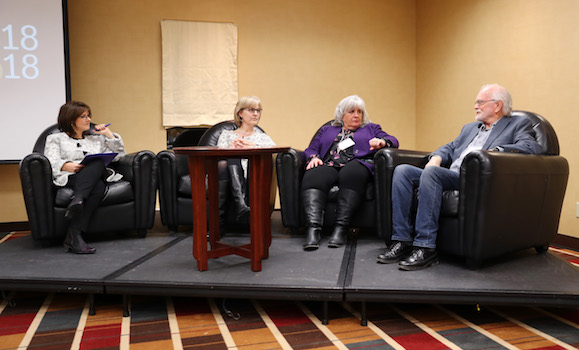 Their words uphold Harrop's hope for the project. "For faculty, we hope it affirms the important contribution they make to helping students achieve their goals, while enhancing the professionalism of the public service as a whole," she says, adding that she's looking forward to seeing what our future graduates achieve. "For Dalhousie and its government partners, we hope this video shines a light on how valuable the MPA program is to the larger Canadian community and therefore worthy of continuous growth and improvement."