Posted by Faculty of Management on October 30, 2017 in Events 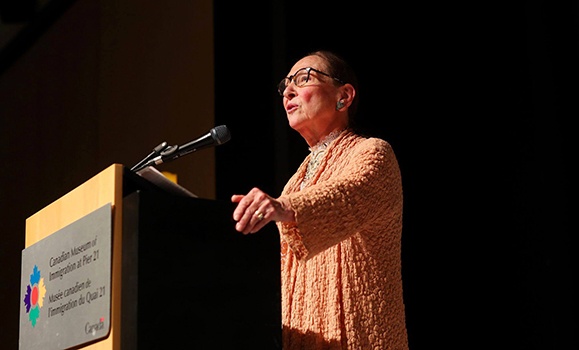 Students from across Canada participated in the 2017 Ethics in Action Case Competition at Dalhousie over the weekend, which saw the University of Guelph-Humber win at the undergraduate level, and DeGroote School of Business from McMaster University win at the graduate level.

Students made two separate presentations to top-notch judges. For Friday's event,  students had 10 days of deep case analysis and preparation. On Saturday, students were given only three hours and no resources before presenting their solution to cases involving an ethical dilemma.

Dalhousie’s Faculty of Management established Ethics in Action with a $1.5 million donation from Scotiabank in 2013. The student-led program is aimed at engaging business students and the Canadian business community in shaping ethical business leadership. The program is built upon the success of the Dalhousie Business Ethics Case Competition, which attracted teams of undergraduate business students from top U.S. and Canadian schools for nine years.

At the closing gala, Scotiabank presented the 5th Annual Scotiabank Ethical Leadership Award to the Honourable Justice Rosalie Silberman Abella. “I’m honoured to receive this award in the presence of students, the ethical leaders of tomorrow,” she says.

Justice Abella is an incredibly accomplished ethical leader. She has been a member of the Supreme Court of Canada since 2004, and has built a reputation as a strong judicial advocate for the enforcement of human rights. She is considered one of Canada’s most influential experts in equality and ethics. Justice Abella has received no less than 37 honorary degrees and was recently named Global Jurist of the Year by the Northwestern Pritzker School of Law’s Center for International Human Rights in Chicago. She is also a fellow of the Royal Society of Canada and has received the Queen Elizabeth II Golden Jubilee Medal.

Justice Abella is the first Jewish woman to sit on the Canadian Supreme Court bench. She was born in 1946 in a displaced persons camp in Stuttgart, Germany. She was raised by two Holocaust survivors, before immigrating to Halifax with her family in 1950. Since she was 4, she was motivated to become a lawyer like her father. She attended the University of Toronto before her admittance to the Bar in 1972. Over the years, she has written over 90 articles and numerous books including Justice beyond Orwell, Employment equity: Implications for industrial relations and Access to legal services by the disabled.

The Faculty of Management's Scotiabank Ethical Leadership Award recognizes ethical leaders from across Canada who, through their actions and decisions, have demonstrated character, courage and adherence to ethical principles. Leaders from any sector, including public, private or not-for-profit, are eligible to be nominated. The winners serve as an inspiration to other practitioners and to today’s students. Past recipients are Sir Graham Day, Richard Pound, Phil Fontaine, Irwin Cotler and Anna Tudela.