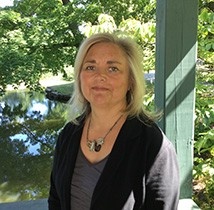 May 2010. Imagine: No back of the classroom. Reclaiming Activism in Academia. Okanagan College and the New University Cooperative, Kelowna, BC.