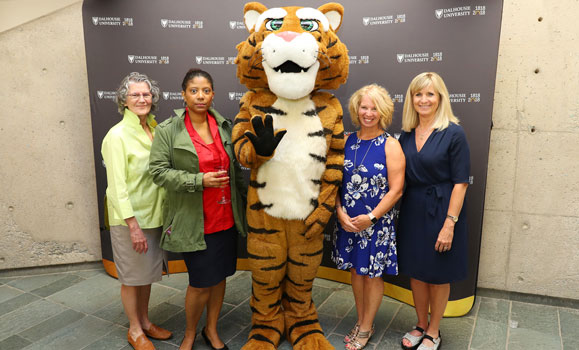 The theme of Dalhousie University’s 2018 Legacy Awards is ‘Making Waves,’ — and with good reason.  The awards recognize and celebrate those who inspire others and make a significant difference to the Dal community every day.

The Faculty of Health was well represented among this year’s recipients, including faculty members who received two new awards:

Two students were also among the award winners including:

The Legacy Awards are comprised of over 20 awards from across the university selected based on their alignment with Dalhousie’s Strategic Priorities. They were introduced this year as part of the university’s 200th anniversary celebrations. The ceremony took place on June 20 at the Dalhousie Arts Centre.

We would also like to congratulate Dr. Christine Chambers, a recent Nursing cross-appointee, for receiving The President’s Research Excellence Research Impact  Award.

We are very proud of our award winners!