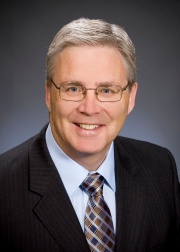 Dr. Paul Amyotte is a Professor of Chemical Engineering in the Department of Process Engineering and Applied Science at Dalhousie University (Halifax, Canada) where he holds the C.D. Howe Chair in Process Safety.

He is a chemical engineering graduate of the Royal Military College of Canada (Bachelor’s), Queen’s University (Master’s), and the Technical University of Nova Scotia (PhD). He is a registered professional engineer in the province of Nova Scotia.

Dr. Amyotte has an extensive record of authorship, with three books, six book chapters and over
300 papers published in peer-reviewed journals or presented at national and international
conferences. He has presented invited plenary lectures at symposia in Canada, France, Italy,
Malaysia, Norway, Poland, Qatar and the United States, and is the current editor of the Journal
of Loss Prevention in the Process Industries. He is a past-president of the Canadian Society for
Chemical Engineering, Engineers Nova Scotia, and Engineers Canada. He has also served as
chair of the Canadian Engineering Qualifications Board, member of the Canadian Engineering
Accreditation Board, and co-chair of the Materials and Chemical Engineering Evaluation Group
of the Natural Sciences and Engineering Research Council of Canada. Dr. Amyotte is a Fellow
of the Chemical Institute of Canada, Engineering Institute of Canada, Engineers Canada,
Canadian Academy of Engineering, and Canadian Society of Senior Engineers.

He has consulted on numerous industrial projects involving hazard analysis, incident investigation, and explosibility testing of various materials. His research and practice in the fields of dust explosion risk reduction and inherently safer design (ISD) have included the provision of expert reviews and testimony on behalf of the U.S. National Academy of Sciences (NAS), the U.S. National Institute for Occupational Safety and Health (NIOSH), and the U.S. Chemical Safety Board (CSB). He has also acted as an expert witness in the proceedings related to two major coal mine disasters – Westray in Nova Scotia and Upper Big Branch in West Virginia. In June 2014, he received the Cybulski Medal from the Polish Academy of Sciences for significant and sustained contributions to the field of dust explosion research; he recently completed writing a chapter on dust explosions for the upcoming 9th edition of Perry’s Chemical Engineers Handbook.

From an ISD perspective, notable in the above activities have been his service as a member of
the NAS Committee on Inherently Safer Chemical Processes: The Use of Methyl Isocyanate
(MIC) at Bayer CropScience (2011-2012), and his participation in the CSB public meetings on
the Kleen Energy natural gas explosion (2010) and Chevron Richmond refinery fire (2013). The
highlight of his professional career has been working with the late Professor Trevor Kletz on the
second edition of the book Process Plants: A Handbook for Inherently Safer Design (2010). Dr. Amyotte is currently preparing the sixth edition of another Trevor Kletz book, to be
published in 2018: What Went Wrong? Case Histories of Process Plant Disasters and How They
Could Have Been Prevented.