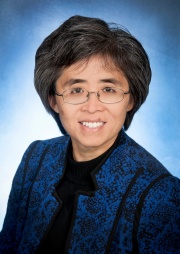 The objective of the chair is to enhance the global competitiveness of Canada’s ocean industries and make Canada a leader in marine research. Dr. Seto’s research focus is the development of intelligent (unmanned) autonomous systems, and particularly for deployment in difficult environments like marine and under-ice.

As the marine and under-ice environments are dynamic and harsh, unmanned autonomous systems cannot achieve optimal results if they are automatically executing scripted missions: they need to be able to make decisions, autonomously re-plan missions and in short, adapt.

"Making a system run automatically is relatively easy;" says Dr. Seto, "it is when you want to make a system adaptable to itself, its environment or its mission that it becomes difficult. A system with autonomy can make decisions, enforce its decisions by applying actions, evaluate the results of the enforced decision and adapt as needed. In order to achieve this, the system needs to have on-board intelligence."

As an example, she describes an unmanned marine robot taking nitrite samples in the open ocean. To achieve its mission automatically, the robot is programmed with a path to follow, and points along that path where it will take samples. But what if changing ocean conditions, such as unexpectedly strong currents, push the robot off its pre-determined course? Without the ability to adapt, the robot will be unable to successfully complete its mission. Autonomy enables the robot to make and enforce decisions and adapt to such unexpected conditions.

Fully autonomous marine systems do not just offer greater capability for following pre-set courses: they also enable dynamic mission objectives. Rather than simply being dispatched with a path and pre-determined points to take samples, they can be instructed to, for example, pursue adaptive sampling by actively seek out the location for the nitrite source.

Designing autonomous marine systems poses numerous challenges. Mechanically, the robots must be able to withstand the harsh environment, control and power their sensors and processing the in situ data they collect. From an intelligence standpoint, they must be able to make decisions and solve their own problems in the context of their assigned mission, without intervention from a human operator. On top of this, they must be able to network and interact wirelessly with other assets: a significant communication challenge in an underwater environment.

With all these challenges, it is no surprise that Dr. Seto’s work is highly interdisciplinary.

"While the Mechanical Engineering Department is my ‘home,’" she reports, "this research requires cross-departmental / faculty collaboration with Electrical Engineering, Computer Science, and Oceanography."

In addition to providing infrastructure support—the Life Science Centre’s Aquatron Laboratory offers test tanks that hold a combined 2000 m3 of water—collaborators in Oceanography help identify the type of measurements that these robots should capture.

A key role of the Irving Shipbuilding Chair in Marine Engineering and Autonomous Systems is to foster a foundation of sustainable Canadian talent in the field of marine autonomous systems. Towards that end, Dr. Seto is introducing courses in topics including marine craft, underwater acoustics and ocean sensors & analytics, presenting undergraduate and graduate students alike with the challenges of designing autonomous robots that can function in harsh, dynamic marine environments.

"It is essential to train professionals to work in this area if Canada is to be a leader in this field," says Dr. Seto, "and these courses are a key part of the chair’s contribution towards that goal."

A Catalyst for Growth and Innovation

In Dr. Seto’s view, the chair represents a confluence of favourable circumstances.

"Halifax is an excellent location for this research," she declares, "because of its connection to the ocean and well-developed research and marine industries. Irving Shipbuilding has a natural interest in the research area, and Dalhousie has the experience, facilities, and established interdisciplinary relationships to capitalize on this opportunity."

In this context of converging interests and expertise, the Irving Shipbuilding Research Chair will act as a catalyst to bring researchers in academia, government, and industry to support the growth of Canada’s ocean economy. With potential applications in a range of ocean industries, including research, marine transportation, search & rescue, energy, and defense, the chair will play a key role in Halifax’s on-going transformation into an innovation hub for Atlantic Canada.