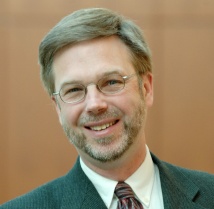 Ron is a native of Ottawa, Ontario, where he completed his Bachelor’s degree in Mechanical Engineering.  He moved to Edmonton where he obtained his Master’s in Mechanical Engineering (fluids specialization) and worked there for a few years, including 14 months of “shoestring” travelling in Europe and Asia.  His PhD was done in the Department of Management Sciences at the University of Waterloo, focusing on energy markets, with some exposure to environmental and risk modelling. His first academic position was in Engineering Management at the Royal Military College of Canada in Kingston, Ontario, moving to Industrial Engineering at Dalhousie (TUNS) in 1994. Ron was the Director of the Centre for Risk Management at Dalhousie for 5 years, and is the Associate Scientific Director of the MEOPAR NCE.  He also serves as the Assistant Dean of Engineering Co-operative Education.

Dr. Pelot has authored/co-authored 50 refereed publications, and over 125 conference proceedings and technical reports.

Current projects include an analysis of the effects of weather, including extreme weather events, on fishing fleet safety.  Another study concerns shipping in the arctic, including: a network model of feasible routes accounting for ice, land and bathymetry; a forecast of northern traffic in the future based on a wide range of drivers; a taxonomy of stakeholders and related regulations for Arctic shipping; and a classification and prioritization of risks to ships and by ships transiting the Canadian Arctic (PASSAGES). Models to optimize SAR asset choices and location modelling provide guidance for Coast Guard strategic and tactical planning.

Szeto, A., Pelot,R.P., The use of Long Range Identification and Tracking (LRIT) for Modelling the Risk of Ship Based Oil Spills, Proceedings, AMOP Technical Seminar on Environmental Contamination and Response, Calgary, AB, October 2011, pp.928-937.