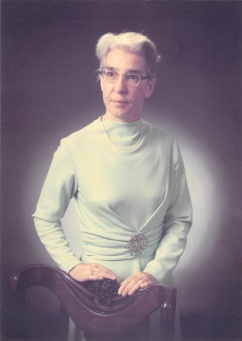 Marjorie Mader worked in education for most of her life. At the outbreak of World War II in 1939 she was recruited by the British Army because of her knowledge of German and was assigned to British Intelligence throughout the war years. When the war ended she taught English and German in Berlin in the British Sector. She returned to Canada in 1947 and taught English at Trafalgar School for Girls in Montreal until 1950. She returned to Halifax and taught for many years in the Halifax school system, retiring as Vice Principal of Queen Elizabeth High School, Halifax, in 1977. She passed away on Sept.28, 2007.

PURPOSE: To provide financial support for study abroad opportunities to one (or more) students enrolled in the German program.

REQUIREMENTS: The student(s) must participate in a departmentally approved international programme by taking courses in Germany or other German-speaking country and must be working toward a Dalhousie German degree. The recipient will have shown academic excellence as demonstrated by GPA in relevant classes or by other markers of excellence. Preference will be given to a student who volunteers for a charitable or not-for-profit organization and/or has demonstrated other humanitarian or socially conscious work.

APPLICATION:  Submit to the German department (german@dal.ca) a letter in German outlining your interest in German, the reasons why you should be chosen for this award, your planned course abroad, and the scope of your volunteerism or work.