Department of French Faculty of Arts and Social Sciences 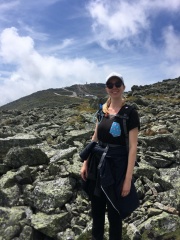 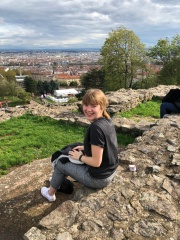 "Robyn Easton began very strongly in French taking FREN 2045 (Advanced French) in her first year in parallel with the King's Foundation Year. With an A+ in 2045 and an A in FYP, she was off to a great start.

Her work since then has been very solid indeed, she has remained continuously on the King's President's list and her work in French has been consistently of a high level.

She took FR 2022 Language and Culture with me in the Winter semester of 2019 and she was a lively member of a very dynamic group which covered a range of French film masterpieces from the origins of cinema to today. Her work showed a sophisticated sense of the development of the art form over its history and of the functioning of each film as a text, a singular work of art. She received a well-deserved A+ in that class.

She has taken a range of electives in Contemporary Studies, Philosophy, Law and International Development Studies.

She has spent her third year at the Centre international d'études francophones at l'Université de Bourgogne in Dijon. Robyn finished up her year in France a little early because of the COVID situation but she made the most of her time there, as do all of our students who have the privilege of spending a term or a full academic year in Burgundy.

We look forward to working with Robyn again beginning in September as she pursues her many interests, centred on her fourth year French requirements." - Dr. Christopher Elson 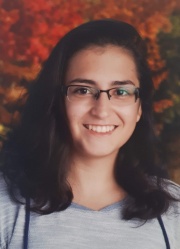 "Ana-Maria is an exceptionally motivated student, with a vast and genuine intellectual curiosity, both for languages and stories. Soon after leaving Romania, she decided on her own that she would learn French. She was only 4 at the time, and asked a neighbour for lessons. She is now in the Academia, still seeking knowledge, and certainly will not let the claim that “it won’t be on the test” get in her way. She has shown a keen interest, and a keen eye, for medieval and early modern literature, but that is surely only one of the many avenues opened before her, one of the many topics about which she has many questions. For instance, I expect that she will soon start asking questions about graduate studies." - Dr. Vincent Masse 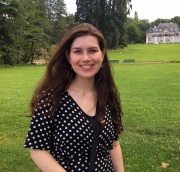 "After the Foundation Year at Kings, Layla started her French studies as an absolute beginner in 2016, with the clear goal of one day reading Rousseau in his native language.  I had the privilege of teaching Layla in several courses as she advanced steadily and surely ; her progress in oral French, in particular, was astounding.  Her passion for study has only deepened over the years, and we have had lively conversations about her programme at Dal and her goals for a career in university teaching. She took her dreams to a summer course in Neuchatel, and has inspired many other students to expand the limits of their world.  Bravo, Layla – your goals, achievements and aspirations are truly outstanding!" - Dr. Iris Black 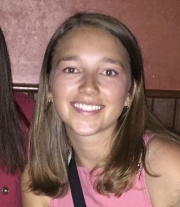 A note about Elizabeth's achievements from Dr. Christopher Elson:

"It is so fitting to see Elizabeth Scott-Black recognized with the Marcelle Sandhu prize as a student "who [has achieved] excellence in third (FR3045) or fourth (FR4046) year French grammar courses". She is a most worthy recipient, with an A+ grade in both FR 3045 and 4046 in the same year!

On a personal note, as a former student of the Department myself, I took Marcelle Sandhu's famously demanding Composition class in the 1980s and can say without a doubt that the quality of Elizabeth's work situates her firmly in that tradition of departmental excellence.

Having taken King's Foundation Year and then combining Spanish and French classes along with a clearly focused group of King's Contemporary Studies and Early Modern Studies electives in her subsequent years (not to mention a term abroad in Salamanca and a summer class in Berlin), Ms. Scott- Black's transcript reads as an exemplary undergraduate humanities trajectory. She has attained the rare level of a 3,93 cumulative GPA.

Her Honours essay, Notre-Dame de Paris: La flamme patrimoniale, undertaken with my supervision, emphasized the interweaving of the religious, literary,  architectural and art-historical, social and political factors which make of Notre-Dame Cathedral at one and the same time a supremely powerful and concentrated site of French culture and the site of a specifically contemporary universalism-- Notre-Dame-de-l'Humanité, as one of the authors she considered puts it. Set against the backdrop of the April, 2019 fire, she achieves a high level of synthesis regarding a range of very pertinent questions with respect to restoration, authenticity, belonging, heritage etc. I found her conceptualization of this project and her commitment to it through the unsettling conditions we have all experienced since March to be very promising for her future studies and indeed for all of her future endeavours. Bravo, Elizabeth"