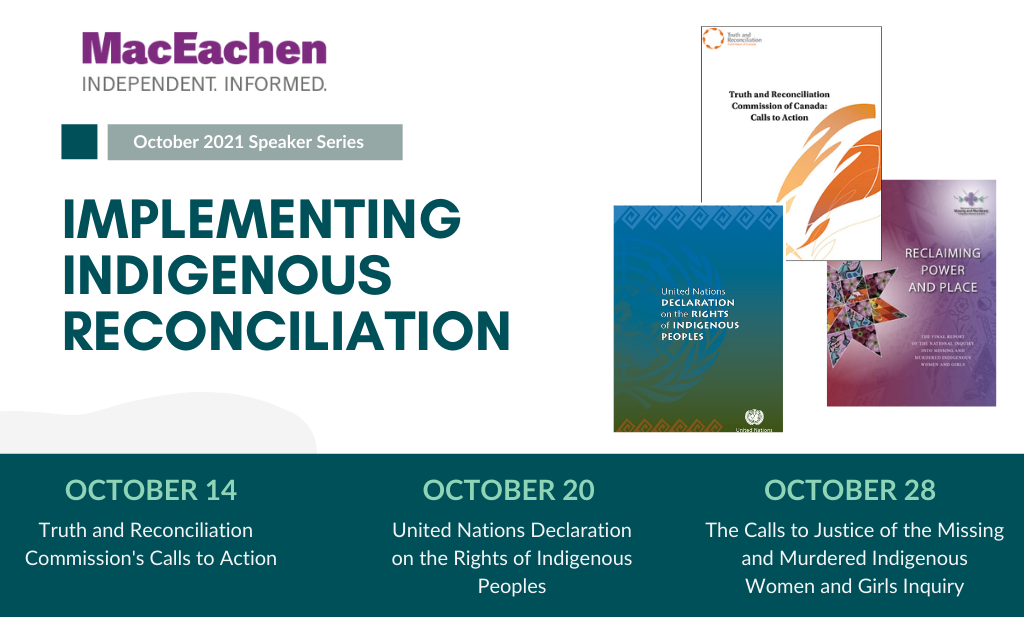 Over the past several years, Canada has made ambitious and unprecedented promises to realize reconciliation with Indigenous Peoples after long, ongoing histories of oppression, dispossession, and human rights violations. This series of panels asks leading experts what it will take to transform these promises into substantive results – actual, lived Reconciliation.

The nationally recognized panelists will survey the broad political, social, and legal landscape, taking up the three most consequential initiatives in which Canada has made explicit commitments to implement Reconciliation. They engage what is and can happen at multiple jurisdictional levels, including Indigenous, municipal and state jurisdiction, recognizing the roles and responsibilities of all from citizen-actors to state-actors. The experts will identify both successes and emerging opportunities on how to fully enact the many commitments, and how to overcome on-going policy, social, political, and Inter-peoples challenges and barriers.