Posted by Sonya Jampolsky on September 16, 2022 in Awards, Community, Speakers 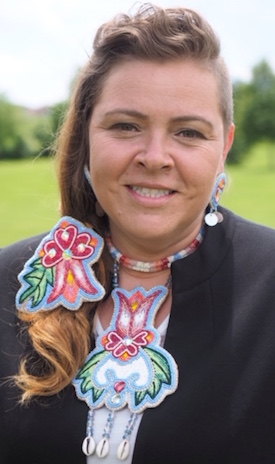 Ms. Big Canoe is an Anishinabek lawyer and mother who advocates on behalf of First Nations women and children. She is a member of Georgina Island First Nation and the legal director at Aboriginal Legal Services in Toronto.

Ms. Big Canoe was lead commission counsel to the National Inquiry into Missing and Murdered Indigenous Women and Girls. She’s led an Aboriginal Justice Strategy aimed at removing the barriers to accessing the justice system for First Nations, Inuit and Metis people. And she represented the families of students whose deaths are the subject of an inquest in Thunder Bay.

Named one of Canada’s most influential lawyers in 2017, she has dedicated herself to being an advocate for justice and rights, and a changemaker who maintains the highest of ethical standards. We are honoured she will accept this award.

The Ethics in Action Case Competition challenges students to think about the complex ethical dilemmas they'll face in the corporate world. Students from across Canada will compete on November 4 and 5 at the Rowe School of Business. Prize money is $2500 for first place, $1500 for second and $1000 for third in both the undergraduate and graduate streams. Registration opens Thursday, September 22, 2022.

Tickets for the Gala, where Ms. Big Canoe will accept her award, are on sale now.

We recognize that African Nova Scotians are a distinct people whose histories, legacies and contributions have enriched that part of Mi’kma’ki known as Nova Scotia for over 400 years.