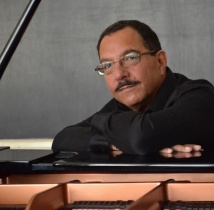 Peter Allen has continually delighted audiences with his artistry, versatiligy and mastery with music-making.  As a concert pianist, he is often heard on CBC regional and national radio and is well known to audiences in the Maritimes and throughout Canada for hisi captivating interpretations. Peter is also a highly respected composer, teacher, and conductor. Peter is an Associate Professor of the Canadian Music Centre, a member of SOCAN, and a member of the The Living Composers Project.