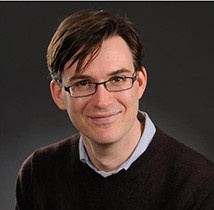 David Nicol received his MA in Shakespeare Studies from the Shakespeare Institute in Stratford-upon-Avon, and his PhD from the University of Central England. He has taught numerous courses on theatre, film and literature. His teaching and research interests include English Renaissance drama, theatre history and film studies.

David's main research area is English Renaissance drama, in particular the playwrights Thomas Middleton and William Rowley. He is the author of Middleton and Rowley: Forms of Collaboration in the Jacobean Playhouse (University of Toronto Press, 2012) and has published articles in the journals Cahiers Elisabethains, Comparative Drama, Early Theatre, Medieval and Renaissance Drama in England, Notes and Queries, and Studies in English Literature, as well as the Encyclopedia of English Renaissance Literature (Blackwell, 2012). His most recent work is the stage history section of the forthcoming New Variorum edition of A Midsummer Night's Dream for the Modern Language Association. He is currently working on a study of the theatre of the 1620s in England.

David is theatre reviews editor for the online journal Early Modern Literary Studies. If you would like to submit a review of a recent production of a sixteenth or seventeenth century play, please get in touch.