Students and faculty alike often have a difficult time explaining what is so special about the Faculty of Agriculture and the Dalhousie Agricultural Campus.  And if there was an event that could sum up this feeling – it would be Barley Party 2021.

After more than 14 months of virtual working and learning, much thought and effort was put into designing a safe, socially-distant Barley Party in Chapman House parking lot on the Dalhousie Agricultural Campus on Thursday, April 8th.

“I think this event shows why this campus is special,” said Jean Lynds, Farm Manager and Class of ’90. “We have people who care.”

And care they did. Facilities Management, Farm staff, Security, residence students, administration and many more pulled out all the stops to make the day special for those students able to attend in person. Even the weather cooperated.

“Barley Party is always such a feel-good, celebratory occasion, but even more so this year,” said Agriculture Alumni association Chair Colette Wyllie, Class of ’10.  “It may have been highly adapted, but the fact we were able to come together on campus for the first time in over a year was truly special,” she added.  “The Class of 2021 has had a challenging year, so it was a delight to honor them in this way.”

Chalk drawings on the parking lot, a message of congratulations on residence windows, Barley party window decals and branded chocolate went a long way to make students feel special as they remained in their cars until their name was called. Students received their rings from Dean Gray and campus mascot Rocky the Ram.  Class valedictorian Leah Hocquard and her roommate Matt Quinlan arrived via tractor to the special ceremony.

"One of the only things that would get a farmer out of the field on a sunny day in April... receiving their Barley ring,” said Leah!

“Receiving their Barley Ring is definitely one of the most anticipated events for graduating students,” says Alisha Johnson, Alumni Relations. “It’s a tradition like no other and witnessing campus come together to make this modified event just as special, for the Class of ’21, was truly heart warming.”

In addition to honoring graduating students who had purchased a ring, the Alumni Association also made an honorary ring presentation.  Honorary rings are awarded to individuals who do not meet the criteria to be eligible for a Barley ring but who are extremely deserving of the honour.

“Receiving the honorary Barley ring is the top honour/award that I have ever received…Janine and I will wear them with pride,” said Dean Gray.

The Student Appreciation Award was presented to Joye Sears, an instructor in the Department of Animal Science and Aquaculture and the Veterinary Technology program. 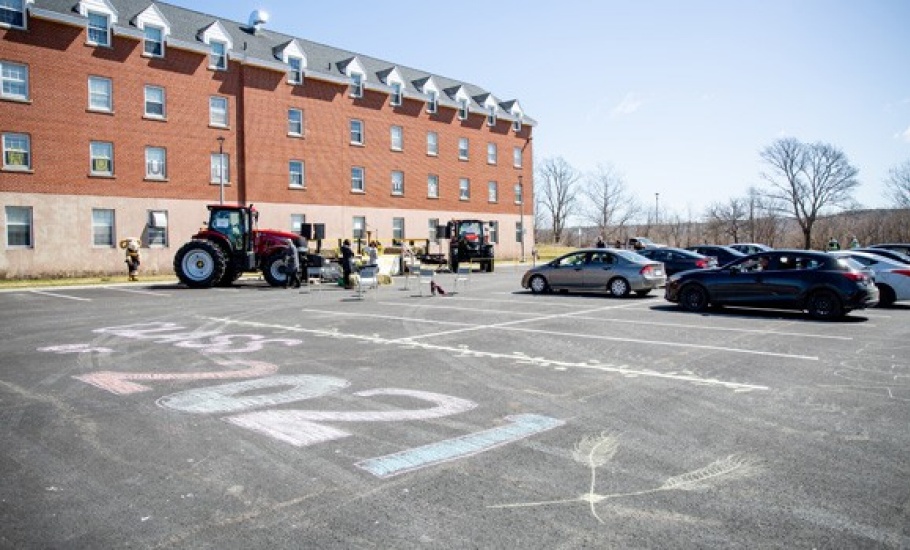 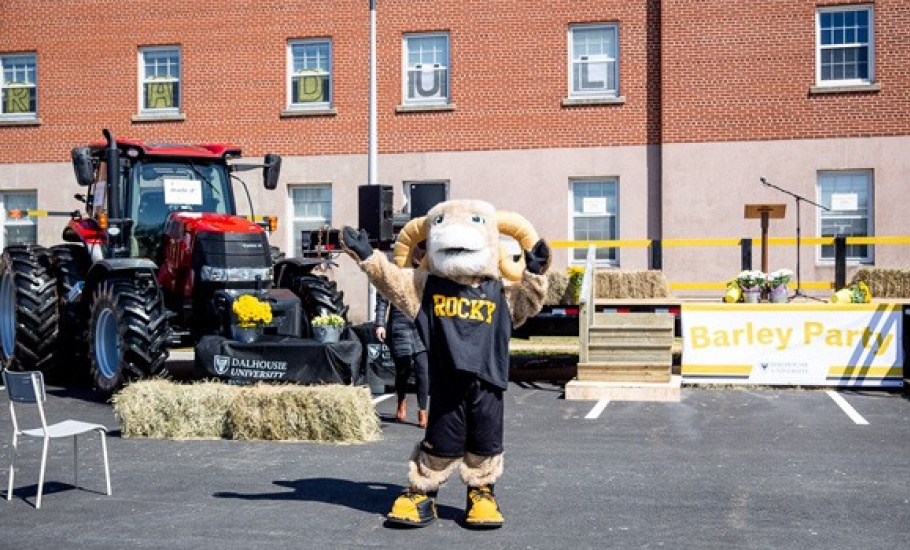 What is a party without a CASE IH Tractor or two and of course Rocky the Ram!

What is a party without a CASE IH Tractor or two and of course Rocky the Ram! 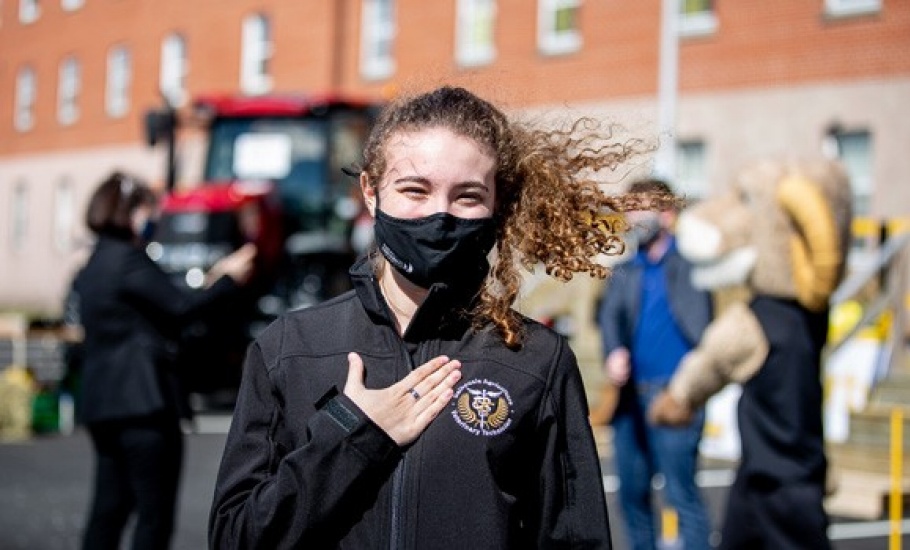 Who can see the smile behind the mask?

Who can see the smile behind the mask? 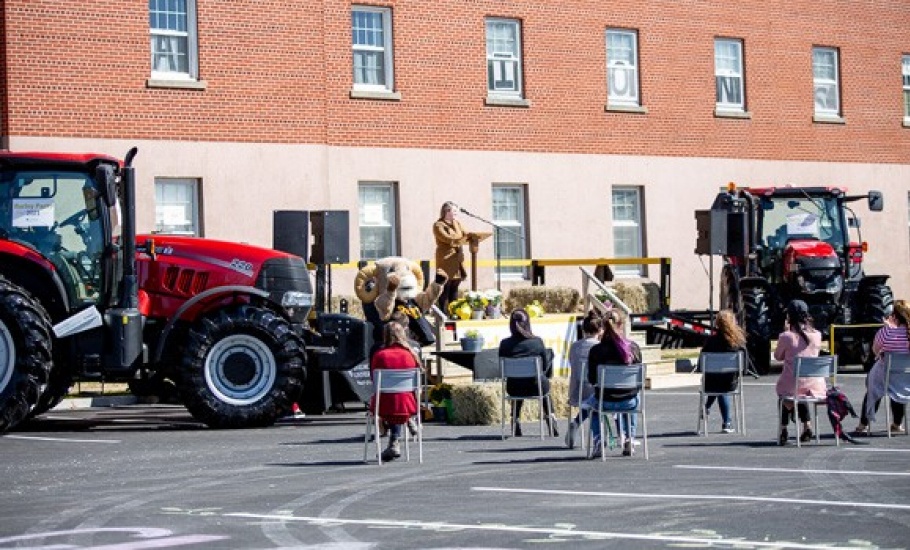 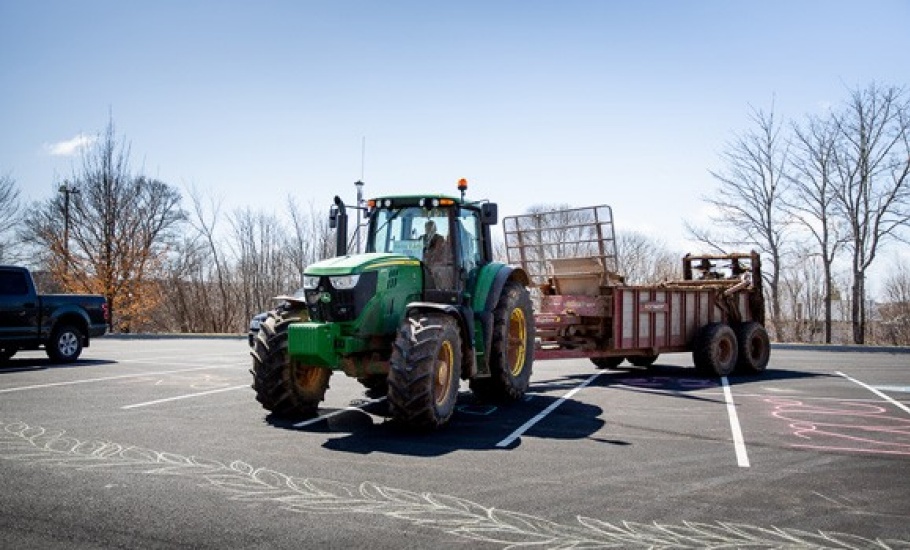 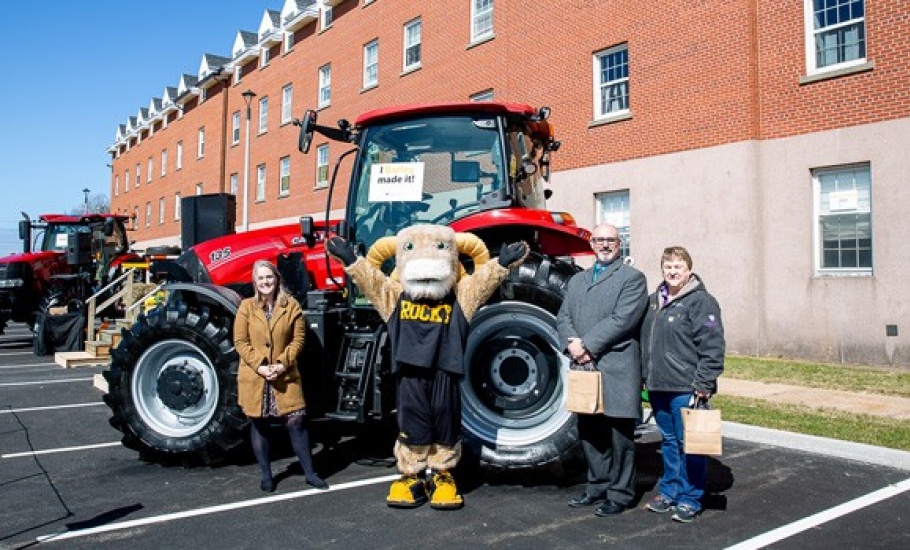 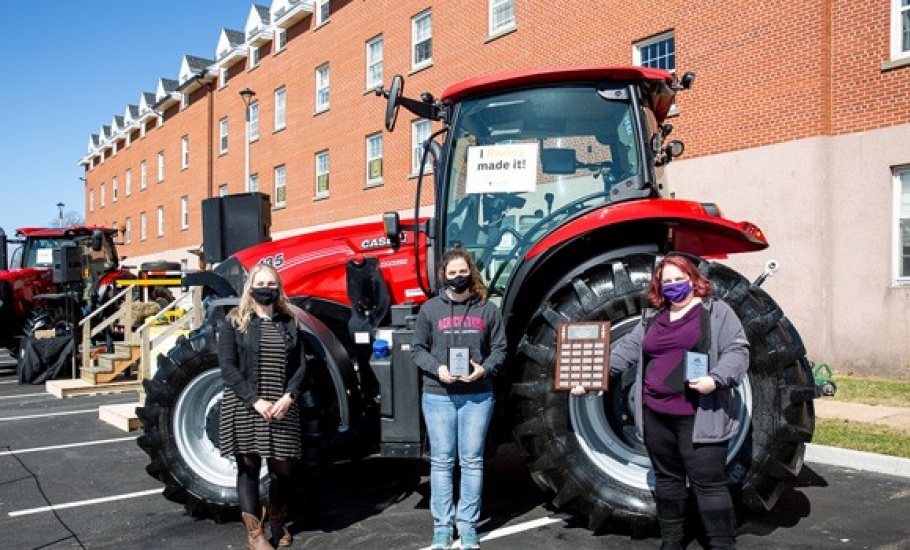