Neuroethics research at Novel Tech Ethics has been funded through two CIHR grants; Therapeutic Hopes and Ethical Concerns (2005-2009) and States of Mind: Emerging Issues in Neuroethics (2006-2012).

Deep Brain Stimulation (DBS)Beyond research ethics, beyond the ethics of clinical care, lie questions about the transformations of human identy and society by current and emerging insursions into the brain.

Is DBS a threat to identity? There are numerous accounts of how DBS has dramatically changed the symptoms of many neurological diseases from Parkinsons' to Obsessive Compulsive Disorder. In some of these accounts is the story of how someone's personality was significantly altered, sometimes causing more concern to family members than to the patient. 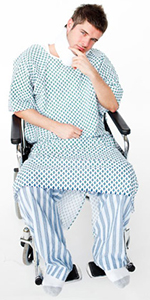 In November 2011, Geron announced the premature end of its first-in-human stem-cell trial for spinal-cord injury patients. The stated reason was financial rather than the safety or efficacy of the cells under study. This decision has many ethical implications for both the research participants and the role of for-profit corporations engaged in clinical research.

The Back Story on Baylis and the Ethics of Geron's hESC Trial, California Stem Cell Report, December 5, 2011

MORE ON THE TRIAL

As discussed by Jacquelyn Shaw in an April 2012 article [PDF - 1.1 MB] published in the McGill Journal of Law and Health, and by health reporter Tom Blackwell’s front-page article on this research in the National Post newspaper in August 2012, the SBINDD and BBFNDD guidelines reveal major, unsettling changes in how brain death may now be declared in Canada:

The guideline changes potentially allow brain death to be declared earlier in a patient’s progression, making any donor organs available for harvest sooner, but at the risk of premature death declaration. These medically unsafe guidelines were created without public input during, and with no public notification subsequently, and should urgently be replaced with safer guidelines, to avoid misdiagnoses such as the one discussed below.

In 2009, Alberta neurologist Dr. Ari Joffe reported on a 10-month-old Edmonton, Alberta baby whose brain death misdiagnosis occurred using the SBINDD guidelines correctly, as they were intended to be used. Death was declared simultaneously by two pediatric intensivist physicians, with no wait time, just 7.5 hours after the patient had received a therapeutic barbiturate dose (phenobarbital) as the guidelines permit, although, according to most sources, the clearance time for barbiturates from the body is approximately 2-3 days. The misdiagnosis was attributed by an author of the SBINDD guidelines, not to safety flaws in the guidelines, but to error by the pediatric intensivists, who were incorrectly claimed to have declared death while the child was hypothermic. However, Dr Joffe’s records show the boy was at normal body temperature when misdiagnosed as dead and was not hypothermic. Sadly, after discovery of the misdiagnosis, the child ultimately did not survive in the longer term.

With the CCDT’s dissolution in 2008, Canadian Blood Services (CBS) inherited the CCDT’s funding, mandate to expand organ supplies and coordinate a national organ donation system and some key personnel. More recently, in June, 2012, CBS announced its National Strategy to increase organ donation and transplantation, noting that organ supplies still do not meet Canada’s growing need for organ transplants. It remains to be seen whether CBS will issue future brain death guideline amendments and if so, whether these will continue, or correct, the trends that the SBINDD and BBFNDD guidelines have begun.

A Tragic Death and a Fight for Life
ImpactEthics.ca blog post by L. Syd Johnson, January 29 2014