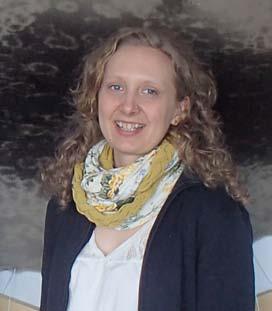 Stephanie Boudreau joined the Fish-WIKS team in January 2013.  A 2012 graduate of the Ph.D. program in Biology at Dalhousie University, Stephanie’s passion for all things marine began as a young girl spending summers on family vacations in southwest Nova Scotia.  Her undergraduate studies at the University of New Brunswick specialized in Marine Biology and she was hooked.   Moving to York University in Toronto for her Masters studies, Stephanie studied the spread of a nonindigenous species of zooplankton, Bythotrephes longimanus, and evaluated its impact on Ontario inland lakes.  Returning to Dalhousie for her doctoral program, Stephanie explored trends in American lobster and snow crab abundance in part by talking to fishermen to determine and document ecosystem changes in southwest Nova Scotia.  Stephanie says, “I have discovered through my Ph.D. that weaving traditional knowledge with conventional scientific evidence is essential to understanding management issues.”  Her research interests encompass invertebrates, community ecology, marine conservation and traditional ecological knowledge, specifically with respect to commercial fishing practices and coastal communities.

Stephanie’s role in the Fish-WIKS project is to map out the structure and function of fisheries governance in Canada by:

(1) Describing fisheries governance in Canada in general and highlighting the four partner regions;

(2) Understanding the roles of western and indigenous knowledge systems in Canadian fisheries governance and management, and;

(3) Identifying opportunities for improving the roles and use of knowledge systems in fisheries governance decision making.

Stephanie has worked for the Ecology Action Centre in Halifax, the Torngat Wildlife, Plants & Fisheries Secretariat in Goose Bay and as a Fisheries Biologist/Observer in Anchorage, Alaska.  She’s served on several academic and community-based committees and still finds time to practice yoga and continue to contribute to her community.

Stephanie completed her PostDoc work with Fish-WIKS in 2015 and is now Fisheries Scientist with Oceana Canada.