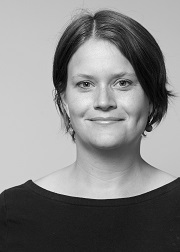 The School of Information Management is pleased to announce that Master of Library and Information Studies student, Siobhan Wiggans, has been selected as the eighth recipient of the Dalhousie-Horrocks National Leadership Fund.

This Fund was established in 2007 to honour Dr. Norman Horrocks, OC, PhD, FCLIP (1927-2010) for his outstanding leadership in the field of librarianship in North America, Australia, and Europe. Over several decades Dr. Horrocks, former Director of the School of Information Management and Dean of the Faculty of Management at Dalhousie University, pursued a distinguished career of very active involvement in professional associations in the United Kingdom, Cyprus, Australia, the United States, and Canada. His many contributions, for which he received local, national and international recognition, have advanced the field and the careers of countless individuals. The fund supports a scholarship and an associated lecture series through an endowment donated by the many former students, colleagues, friends and admirers of Norman Horrocks.

Siobhan Wiggans, originally from Harvey Station, NB, has lived in Halifax for the past 11 years. After completing a BA from Mount Allison University in Art History and nearly decade of working in the cultural sector, Wiggans began a career in public libraries in 2016. Presently she is a Library Assistant at Halifax Public Libraries, working at its Dartmouth North location. In 2018 she began pursuing her MLIS degree part-time at Dalhousie University.

Community is at the heart of her professional and academic pursuits. At HPL she has developed a variety of inclusive library programs including puppet shows, storytimes, hands on activities, and outreach programming at schools, parks and community centres. She is very interested in issues that affect vulnerable library users including food security, internet access and health care. At HPL she has led cooking classes and supported initiatives such as the Kids in the Kitchen. In the academic realm she’s contributed an article to RUSA Quarterly about the merits of reading a cookbook. She is also pursuing the thesis option for her degree, and looking at how public libraries are responding to Canada’s opioid crisis before and during COVID-19. She hopes this research will allow her library community at large to share best practices.

Wiggans is a part of the Halifax Library Association executive, and was 2019-2020 President.  When not working, studying or parenting, Wiggans enjoys knitting, sewing, rowing and gardening. She anticipates she will graduate in the fall of 2021, and continue pursuing a career in public libraries.