“I think the approach is simple: less theory, more practice,” says Computer Science student Victor Popoola. “I think that's how it should be. You learn more from application than you do with just theory.”

Victor puts this theory into practice in both his personal life and when he’s working with others. This summer, for example, when he was working with Imhotep’s Legacy Academy students, he used project-based learning to get them engaged.

“I was a mentor for high school kids interested in a computer science degree,” he explains. “So, on Saturday and Wednesday, we went over to the library to teach them how to program. We covered the C++ language, AutoCAD, Arduino microcontrollers. And at the end of the program, we got a robotic kit together and made a robotic car.” 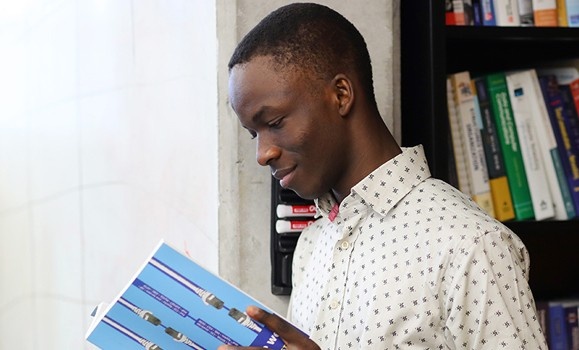 This practical approach is also a priority for Victor when it comes to planning White Hat Society meetings. The society, which he leads with his friend Howard Pearce, aims to increase awareness of issues related to cyber security and ethical hacking.

“It's been really great. Last meeting, we talked about the OWSAP top 10. OSWAP is the Open Web Application Security Project. So, how can web applications be assessed for malicious activity, like SQL injections,” he explains. “We try to make it workshop oriented, to take a hands-on approach because if it's just talk, most people won't want to be there.”

Putting the lessons to work

Through co-op, Victor is able to get hands on with what he’s learning in class. He’s completed one term of co-op and is already thinking about the next one.

“I was placed with an Engineering firm and I was able to learn new frameworks and languages. It was a great opportunity for me to meet new people,” he says. “I'm going for another co-op term this summer of 2019. I'm hoping I can find something in a bigger company that has more standards and frameworks.”

Also on his wish list is finding a co-op that would give him a chance to deal with algorithms. It’s a topic that’s enticing him to consider honours program for the possibility of digging deeper into graph theory.

“As we move forward, I believe that the one topic we're not talking about is speed and complexity,” he explains. “I'd really like to learn more about that. How can you make a computer faster, that can process information faster? Because eventually, people want faster things.” 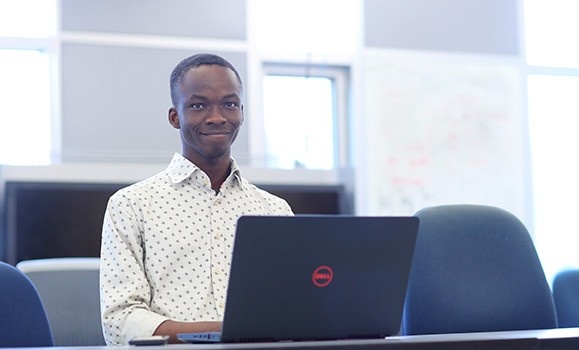 Faster, and more effective. Victor says he’s also interested in improving how we communicate, especially through social media. He says we’re not quite getting it right yet.

Ready to make an impact

In the meantime, Victor’s enjoying his time as a Computer Science student. He regularly helps out in the Learning Centre where he helps others get as excited about tech as he is. And he says the faculty are making all kinds of positive change that empowers students to feel like they can all be part of the future. And, because he chose Computer Science, he says it’ll be easier to eventually put both the theory and practice to work.

“As a Computer Scientist, I can pretty much just get a laptop and start writing code. Most of the biggest companies today don't really have any real physical infrastructure, they just have software assets and they're able to make a lot of money and impact the world in different ways,” he explains.

“I feel like Computer Science is a very big field that gives me a very large window. So I'm hoping I can use that to change the world.”