For Nova Scotians, January marks not only the beginning of a New Year but also the welcoming of winter’s sometimes frigid weather.

Some, though, are welcoming that weather for the very first time. Gashin Ghazizadeh, a master’s student from Iran studying Computer Science, spent her New Year’s Day at the Dal 200 Community Skate at the Emera Oval. It was the first time she’d ever laced up skates and hit the ice. 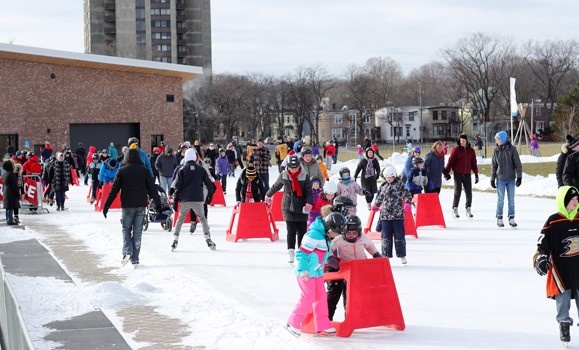 Gashin, who’s master’s project focuses on artificial intelligence — in particular, teaching machines how to learn and mimic humans by using big data — was eager to take part in the skate. Back home in Sardasht, a small city in north-west Iran, the winters aren’t cold enough to maintain an outdoor ice rink to skate on.

“In Iran it snows but not that much, we only get enough snow to play with maybe twice a year.”

Like any great birthday party, the community skate featured free cupcakes, popcorn, hot chocolate, face paint and presents (in this case, Dal 200 swag that was handed out). The Dalhousie Tigers hockey teams were also on site lending helpful hands — and, in the case of the actual Tiger mascot, helpful paws — to those like Gashin lacing up to take the ice for the first time or for those who need some extra assistance.

When asked what made the event the most memorable for her, Ganish says it was the group she was with. 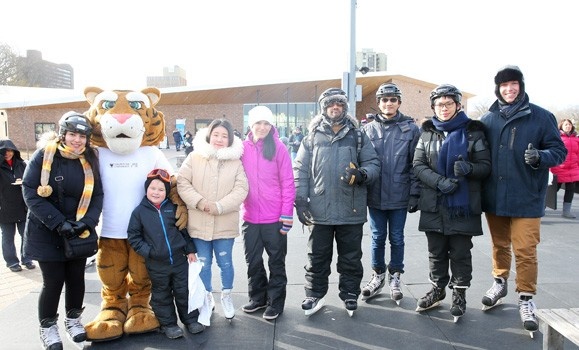 “They were so kind, we had a lot of fun, people in the group helped show me how to put my skates on and other people tried to explained to me how to wear them and stuff like that. Lots of people there tried to help us…this feeling they gave us while trying to help us was so valuable for me and I liked it.”

Six other international students attended the community skate alongside Gashin. The group spent nearly two hours skating, only stopping a few times for hot chocolate refills in effort to stay warm. As the party wound down, it was time to hang up the skates and call it a day — one that will stay with those students into the future, for sure.