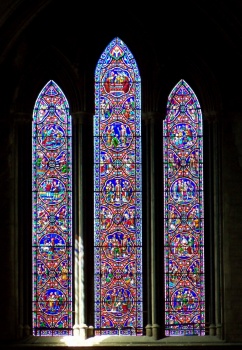 From Turkey to Bangladesh: explore new options for studying the religion and history of a wide range of related cultures and civilizations.

From Turkey to Bangladesh: explore new options for studying the religion and history of a wide range of related cultures and civilizations.

Religions and cultures of East Asia

Our heartiest congratulations go out to the 2020 graduates in RELS and CLAS! We were sorry not to have been able to see you cross the stage at spring convocation, and so have prepared a little tribute! Have a look!

RELS on the sheet!

Feb. 1 2020: Thanks again to Phil Zachernuck and the History Dept. for hosting the annual Bonspiel - RELS-CLAS-GERM did their best! And lost! By a lot!
Team: Christopher Austin, Michael Fournier, Brigid Garvey, and team star Thomas Mitchell

We were thrilled to welcome so many visitors on Oct. 19 2019 for Dal Open House. Thanks for stopping by the Religious Studies table!

Congratulations to the spring 2019 graduating class in Religious Studies, Classics and Arabic!

2019 King's graduate Justin Bulicz (4th from left) was one of two winners of the Canadian Society for the Study of Religion Undergraduate Essay Prize for his essay, "Modern Values in Ancient Comics: Amar Chitra Katha and the Reflection of Modern India into its Past," written for Dr. Austin's course RELS 3113 The Mahabharata (Fall 2018). Justin also presented essays from this course at two different conferences in March 2019 (Atlantic Universities Undergraduate History and Classics Conference and the UNB Arts Matters Conference). Congratulations on the great work, honours and graduation Justin!

2019 is off to a terrific start thanks to an incredibly generous gift to Dalhousie University: the personal library of Dr. Ainslie Embree -- author, professor, researcher, pedagog, and innovator in the teaching of South Asian history, religion, politics and society. Dr. Embree passed away in June 2017 at the age of 96, and his surviving family has generously gifted the scholar's personal library collection to Dalhousie University. The books -- nearly 1500 volumes -- have now made their way from New York to Halifax, and are in the final phases of processing.

Ainslie Embree was born outside of Port Hawkesbury, Nova Scotia in 1921 and attended Dalhousie University, graduating with a Bachelor of Arts in 1941, and later Pine Hill Divinity Hall (now Atlantic School of Theology), and returned for graduate studies at Dalhousie after his RCAF service in World War II. Dr. Embree lived in India throughout the first decade of the country's existence as an independent nation (1947-57), witnessing one of the most turbulent and monumentally important moments in the history of South Asia.

Embree's career then flourished at Columbia University where he helped to establish a program dedicated to the study of South Asia. In addition to his regular teaching, he served over the decades -- to name only a few of his positions -- as President of the American Association for Asian Studies, President of the American Institute for Indian Studies, and at Columbia as Chair of the Middle East Languages and Cultures Department, Director of the Southern Asian Institute, and as Acting Dean of the School of International and Public Affairs at Columbia; he served as well as Cultural Counselor in the US Embassy at Delhi and consultant to the American Ambassador in India.

Embree's publications -- treating South Asian religion, culture, politics and language particularly of the colonial period into the 1990s -- can hardly be listed adequately here. Apart from his many edited and co-edited volumes on South Asian history, literature and politics, he has authored Imagining India: Essays on Indian History (1989), Utopias in Conflict: Religion and Nationalism in India (1990), India's Search for National Identity (1988), and many others.

Dr. Embree's personal library has arrived at Dalhousie just as we strengthen and expand South Asia as an area of special concern within Religious Studies, History and the larger Faculty of Arts and Social Sciences at Dalhousie. The 2018-19 year saw the launching of a new pair of courses on South Asian Religion and Politics: HIST/RELS 2509 Hindu, Muslim, Sikh: Identity, Culture and State in Pre-Colonial South Asia and HIST/RELS 2510 Hindu, Muslim, Sikh: Locating the Trauma of Modern South Asia, co-taught by Profs. Colin Mitchell (History) and Christopher Austin (Religious Studies); these courses will be offered again in the 2019-20 year. A proposal is now under consideration to expand the existing Minor in Middle East Studies, housed in the Dept. of History, to create a Minor in South Asian and Middle East Studies; both first year and second year Sanskrit will be offered at Dalhousie again in the 2019-20 year, as well as other courses on Hinduism and South Asian religions.

Dalhousie Religious Studies, History, Classics, the Killam library, the Faculty of Arts and Social Sciences and Dalhousie University extend heartfelt thanks and gratitude to the surviving family of Dr. Embree for their priceless gift of this book collection. Much thanks as well go to Jill Liu, who patiently and efficiently processed the collection, Jennifer Lambert at Killam Library, Jack Hawley at Columbia, and Donna Edwards for their assistance in bringing this incredible collection to Dalhousie.

Make a Donation to Religious Studies

We would be thrilled and extremely grateful if you would like to show your support for Dalhousie's Religious Studies Programme with a monetary donation of any size. All donations are tax deductible and administered securely through Dalhousie's donations page.

4. under "Area I'd like to support", choose "Select a designation by Faculty"

Thank you very much! 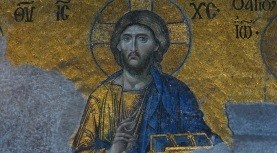 The Religious Studies program is administered by the Department of Classics.