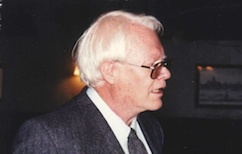 The Larry D. Stokes Seminar is a cherished tradition in the Department of History at Dahousie University.  This weekly seminar comes, via Baltimore MD, from 19th-century German academic culture. Historians at Johns Hopkins University introduced the Continental European idea of researching and debating history in group settings of senior graduate students and professors, commonly referred to by everyone at Hopkins as The Seminar.  Thanks to the efforts of people like Cynthia Neville and Larry Stokes, our version of The Seminar at Dalhousie was first instituted in the 1980s. This gathering of faculty, graduate students, and senior undergraduates is an opportunity to highlight current research by Dalhousie historians and visiting scholars from across Europe and North America. 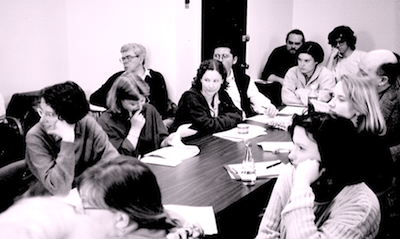 The seminar is held regularly on Friday afternoons, between 3:30 and 5:00 p.m. Drafts of articles and book chapters are pre-circulated by email and in hard copy among the seminar attendees. Presenters provide a 10-15 minute prologue to the research, and a lively discussion/Q&A session ensues for the remainder of the period. Presenters and attendees alike cherish the opportunity to hash out and debate key issues and debates in a number of historical narratives and historiographies.

The event is named after Prof. Larry D. Stokes, a well-known historian of modern Germany, who had played a key role in the seminar's inception and was a passionate participant during his later career and retirement. We believe that the spirit of Larry Stokes, and his firm dedication to scholarly rigour and departmental collegiality, lives on in this seminar.