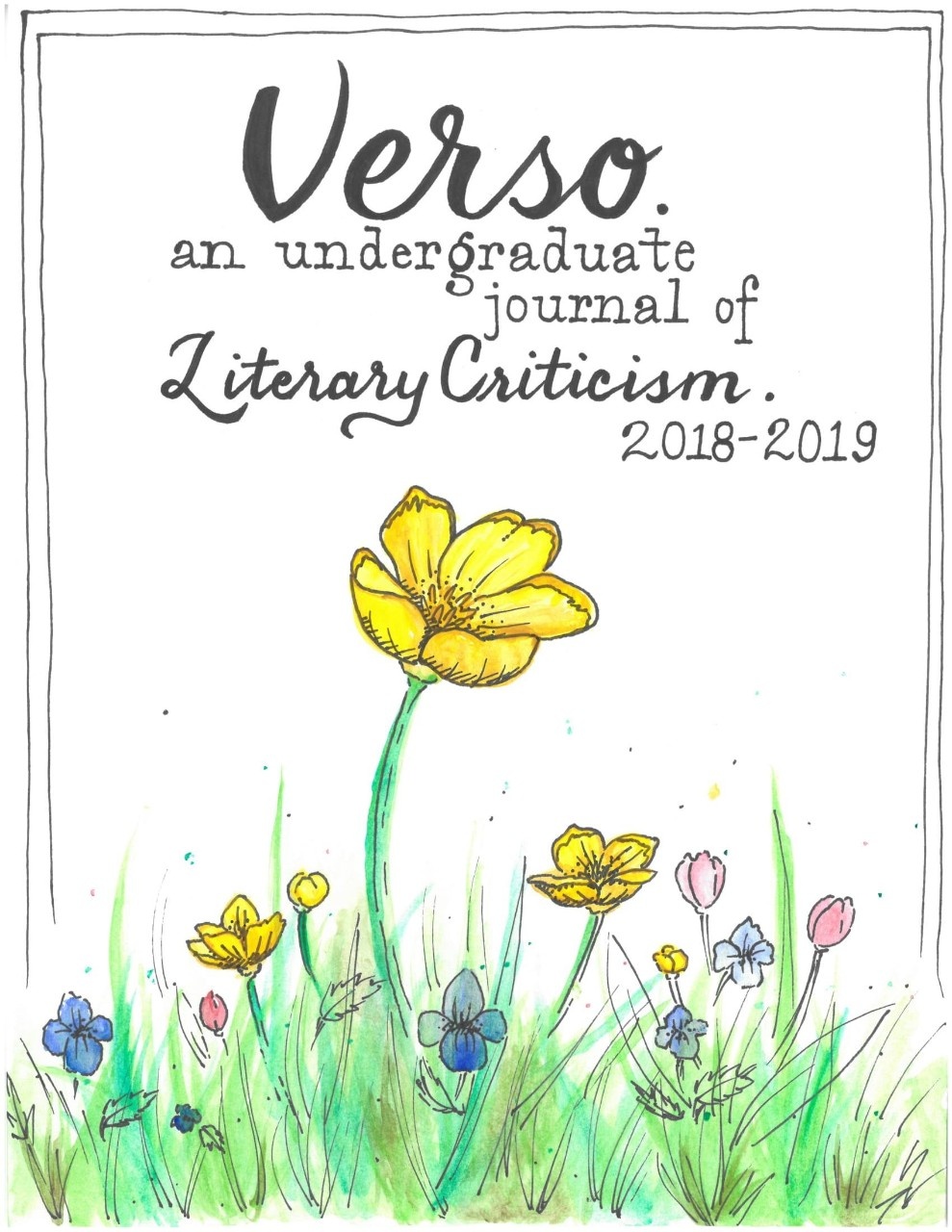 Verso is the Dalhousie Undergraduate English students' journal of literary criticism.  The first edition was printed in 2009 and it continues to be published annually each April.  The inaugural editor, Zani Showler, wrote the following introduction to the 2009 edition, explaining the name of the publication and the philosophy behind it:

I am interested in failure.  In many ways, an undergraduate degree is always, from the outset, in a position of failure.  It is something that only has any meaning in relation to what it isn't: under graduate school or 'under' the prospect of graduating at all, the unifying principle of the experience is always its own ending -- something that it can achieve only when it isn't being experienced any longer. As a result, as undergraduate students we sometimes have the tendency to see our time here as an extended rehearsal, investing a great deal in what all of this is leading towards and very little in what it actually is.

With Verso, we propose this:  "Strike that. Reverse it."

When else in our lives are we going to have access to such a rich intellectual space and yet so few demands dictating what we do in that space? When else are we going to have the opportunity for our errors and failures to be productive rather than consequential? With this in mind, I think that we should start thinking about how our work can be excellent on its own terms. Rather than pretending to be knowledgeable, experience, and accredited, we have the freedom to engage in reading and writing that fails to be these things; we can, and should, be producing work that is experimental and imaginative, playful and audacious. And, in the spirit of taking our lack of seriousness seriously, we ought to be taking this work out of a vacuum and sharing it with one another.

The name Verso is meant to speak to this idea of failure -- of the possibility for it to be an active, and engaged, important activity or stance. It is about coming at something from a different direction -- perhaps even the wrong one -- and finding value in that misdirection.