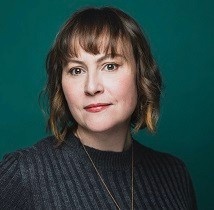 Lesley Choyce is the author of 96 books of literary fiction, short stories, poetry, creative nonfiction and young adult novels. He runs Pottersfield Press and has worked as editor with a wide range of Canadian authors including Farley Mowat, Thomas Raddall, Harold Horwood,  Neil Peart, Maxine Tynes, and many others.  He has edited a number of literary anthologies and hosted several television shows over the years.

Choyce has been teaching English and Creative Writing at Dalhousie and other universities for over thirty years and has acted as mentor to many emerging writers during that time. He has won The Dartmouth Book Award, The Atlantic Poetry Prize and The Ann Connor Brimer Award. He has also been shortlisted for the Stephen Leacock Medal, The White Pine Award, The Hackmatack Award, The Canadian Science Fiction and Fantasy Award and, most recently, The Governor General’s Award. He was a founding member of the 1990s Spoken Word rock band, The SurfPoets.

As well as teaching Creative Writing and English, he is an instructor in the Transition Year Program at Dal. In 2009, Choyce was awarded the Teaching Excellence Award by the Dalhousie Student Union.  He surfs year round in the North Atlantic. 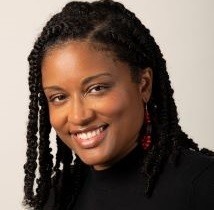 Shauntay Grant is a writer and storyteller from Halifax, Nova Scotia. She teaches creative writing at Dalhousie University, and as Halifax's third poet laureate she organized Canada's first national gathering of Canadian poets laureate. An award-winning author of children's literature, Shauntay's picture book Africville with illustrator Eva Campbell (Groundwood, 2018) was nominated for a 2018 Governor General's Literary Award. Her stage play The Bridge premiered in 2019 at Neptune Theatre, a co-production between 2b theatre and Neptune Theatre in association with Obsidian Theatre Company.

Shauntay is a descendant of Black Loyalists, Jamaican Maroons, and Black Refugees who came to Canada during the 18th and 19th centuries. Her love of language stretches back to her storytelling roots in Nova Scotia's historic Black communities, and her homegrown artistic practice embraces African Nova Scotian history and folk culture, as well as contemporary approaches to literature and performance. Shauntay is a multidisciplinary artist with professional degrees and training in creative writing, music, and theatre. Her awards and honours include a Best Atlantic-Published Book prize from the Atlantic Book Awards, a Poet of Honour prize from Spoken Word Canada, and a Joseph S. Stauffer Prize from the Canada Council for the Arts.

Shauntay's work has earned her invitations to present at local and international events including Canada's national Word On The Street festivals, the Vancouver Writers Festival, Ottawa's Versefest, Moncton's Frye Festival, Toronto's Luminato Festival, Australia's National Young Writers’ Festival, the Jamaica Poetry Festival, and the 10th Anniversary Launch of the Freedom Schooner Amistad in Havana, Cuba. Her plays have been presented by 2b theatre (Halifax), Neptune Theatre (Halifax), Eastern Front Theatre (Halifax), Black Theatre Workshop (Montreal), and b current (Toronto). Her poems have been published in several anthologies and literary journals including the Fieldstone Review and Contemporary Verse 2: The Canadian Journal of Poetry and Critical Writing. Visit her online at shauntaygrant.com 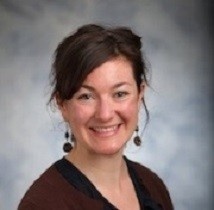 Dr. Erin Wunker has researched topics such as Canadian literature, cultural studies, feminist and affect theory, and poetry and poetics. She is the co-founder and co-editor of the feminist academic blog Hook & Eye: Fast Feminism, Slow Academe. Dr. Wunker is also Chair of the Board of the national non-profit social justice organization Canadian Women in the Literary Arts. 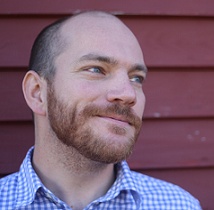