Posted by stephanie rogers on January 14, 2020 in News
Congrats to our Athletes of the Week!

The St. Thomas University Tommies defeated the DAL AC RAMS 3-0 (25-20, 28-26, 25-16) in both teams first ACAA match following the holiday break. The RAMS battled a lot of adversity in this match almost overcoming a 20-9 first set deficit and then losing a very close second set 28-26. Unfortunately, it was not quite enough against an experienced STU team. Marit Zwinselman led DAL AC with 12 kills, 2 Service Aces and an impressive 17 digs.

The RAMS will now look ahead to the upcoming weekend when they host Crandall University (Jan. 18) and Université Sainte-Anne (Jan. 19) at the Langille Athletic Centre. Both games kick off at 2pm.

DAL AC Athletes of the Week

Marit had a strong game for the RAMS this weekend totalling 12 kills, 2 Service Aces and 17 digs. Usually known for her dynamic offence, Marit was also able to contribute defensively in this match which almost allowed the RAMS to make a push towards victory in the first and second sets.

Yi Nian Tan (Daylon) participated in the Dalhousie Agricultural Campus Open Badminton Tournament (Badminton Nova Scotia Provincial Series Event) on January 11 and had his best performance of the season. Daylon has been working hard all year to improve his game and at this tournament was able to compete against some of the provinces top players. Daylon and his mixed partner Cindy Yu made the open mixed doubles quarter finals and came within two points of taking a game off of last year’s CCAA National silver medalist Bryce Mason from University of King’s College. 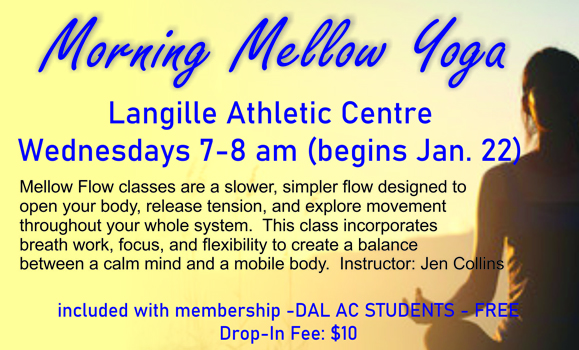