Dr. Gray's Top 5
Leading by Example
A Passion for Agriculture 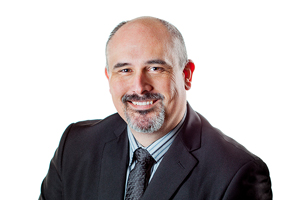 In 1997 David was awarded a research fellowship from The University of Hong Kong to investigate biological rhythms in intertidal gastropod molluscs. During his tenure he was based at The Swire Institute of Marine Science, Cape d’Aguilar, and in The Department of Ecology and Biodiversity, delivering lectures to the postgraduate school.

From 1999-2004 David worked at Hartpury College, an associate Faculty of The University of the West of England, first as a lecturer but latterly as Deputy Principal (Academic) and Dean of Faculty. In 2004 David moved to become Principal and Dean of The University of Derby Faculty based at The Devonshire Campus in Buxton and was awarded a personal Professorial chair in 2007. As Dean of Faculty David was responsible for 7,000 students, 300 staff and oversaw a budget of £17.5 Million.

In 2008 David took up the post of Director of The NAFC Marine Centre based in The Shetland Islands, a founding academic partner of The University of The Highlands & Islands Millennium Institute.

David has worked for and on behalf of The Quality Assurance Agency for Higher Education since 2000 as a Subject specialist reviewer (Biosciences) and an Institutional auditor of collaborative provision. David is also a Fellow of the British Higher Education Academy.

David is married to Janine and they have three daughters, Rebecca and Emma and Bethan.

1. I believe in “leading from the front and leading by example” and do not believe in asking my staff to do anything that I myself am not prepared to do. I tend to be very hands on and am more than happy to “roll my sleeves up” when required.

2. I am a dynamic leader who is not afraid to tackle and change cultures as and when required. I believe my best and most valuable resource is my staff team….a Faculty without good staff is just a collection of buildings; good staff without buildings can still produce an exceptional Faculty!

3. I teach, even if it is just one unit a semester, as I believe it is essential to gain that experience and understand the challenges faced by both staff and students in the classroom.  I get immense satisfaction from an ongoing engagement and interaction with my students and it keeps me current.