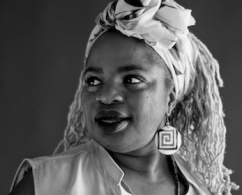 My name is OmiSoore Dryden, and I’m the 4th James R. Johnston Chair in Black Canadian Studies at Dalhousie University. With my appointment, the James R. Johnston Chair moves into the Faculty of Medicine for the first time. I am the first queer person to hold the JRJ Chair in Black Studies at Dalhousie. These are very important and timely milestones.
Black Studies is a vast discipline which exists beyond humanities and social sciences. The JRJ Chair in the Faculty of Medicine is a reminder of this: Black studies is a necessary intervention into the field of medical education and public health in Canada and discussions of Black health equity. Medicine, medical practice, and health do not live outside of culture. The development of medical education, procedures and practices happened (and happens) within the social/cultural. Black studies in medical education and public health interrogates the parameters of what makes someone healthy and the system of health care in which we exist. The myth of racism-free field is deadly.

Posted by OmiSoore Dryden on November 18, 2020
"J. Marion Sims: Gynecological Surgeon," from “The History of Medicine,” by Robert Thom, circa 1952. Archived at the University of Michigan. All 45 images available on Imgur. Shown is the slave Anarcha.

We know that anti-Black racism detrimentally affects the health of Black people. It’s also important to name and decipher the ways in which anti-Black racism impacts medical education, the delivery of health care, and access to services. Anti-Black racism functions in both overt and insidious ways, often supported by a long history of racism and erasure in medical research and education.

We erroneously assume that this is an American problem due to lingering beliefs that racism is only an American problem or something that happened in the past, and further supported by a greater amount of documentation on from the United States on anti-Black racism and colonialism in medicine education and practice.

Medical education is informed by scientific racism and race biology. While these have been debunked as pseudoscience, scientific racism still exists in medical education today. Race biology is the belief that empirical evidence exists which substantiates the biological authenticity of race and racial hierarchical categories. Race biology has provided the foundation for modern medical education through experimentation premised on the belief that because Black people were to be considered lesser, their bodies and experiences were assumed freely available to science. While race is socially constructed, racism, including anti-Black racism, is quite real.

J. Marion Sims, considered a pioneer in the field of surgery and known as the father of modern gynecology, conducted experimental surgery—often without anaesthesia—on enslaved women between 1845 and 1849. The women were brought to him by their owners, but he was also known to have purchased Black women expressly for the purposes of experimentation.

In 1851, Samuel Cartwright, a physician, hypothesized that the cause of enslaved African people fleeing captivity was in fact due to their mental illness designated, drapetomania (Willoughby 2018).

There are countless other examples, of how anti-Black racism informed and directed medical practices, education and experimentation, including the Tuskegee syphilis experiments, and the ongoing use of Henrietta Lacks’ cells in research after her death in 1951.

But it is important to recognise that anti-Blackness in medical education and the delivery of health care is also very much a Canadian problem. While the above examples happened in the united states, they informed the practice of medicine in north America and beyond.

The Montréal Medical Institution, which eventually became the McGill Faculty of Medicine, opened in 1824. Slavery did not end in Canada until 1834. Colonialism, the Trans-Atlantic slave trade and regulations of medical practices and interventions are all interconnected. Medicine and health in Canada are rooted in this violent colonial circumstance.

Fifty years after the first program in medical education opened, the Canadian government began sponsoring religious schools designed to assimilate Indigenous children into white Canadian culture. At the same time, segregated “Indian Hospitals” (sic), were established (often affiliated with residential schools) to provide rudimentary care. These segregated hospitals lasted beyond the Second World War, when the government aggressively expanded its system to more blatantly admit patients based on “Indian status” rather than disease.

Anti-Black racism in Canada is also about the erasure and denial of racism and the inability to understand the historical presence of Black people on Turtle island.

Perhaps this is one of the reasons that it was only recently reported that a Zulu man, John Nzipo was a registered student/inmate of the Sault Ste. Marie Shingwauk residential school in 1887. While it is argued that Nzipo was likely, the only “non-North American Indigenous person ever enrolled at a residential school in Canada” [https://www.cbc.ca/news/indigenous/john-nzipo-zulu-shingwauk-residential-school-1.5131468] it is important not to assume that he was the only Black person in residential schools in Canada—lack of ‘official’ documentation does not make this reality any less feasible.

Medical education should be responsive to changing population needs, rooted in an ethos of professional excellence, and inspire professional development. Afterall, people and populations are complex and diverse and do not respond to environments, treatments or care in the same way.

And yet, in a letter to the editor in an August 2017 issue of the Academic Medicine, medical students write, “despite increasing efforts, the existing methods employed to discuss racial inequality in physician training – health disparities, cultural competency, and implicit bias – are often incomplete.”

One such reason for this may be the fact that discussions of racism have been excluded from science fields. Science education (including medicine) have ceded conversations on race and racism to the humanities and social sciences. In the almost 200-year history of medical education in Canada, structures remain in place that obstruct Black people from participation in medical training.

In 1918, the university senate at Queen’s University in Kingston, Ontario voted to ban Black students from further admission to the Queen’s medical program. They blamed their decision on the racial intolerance of local white Kingston residents for not wanting to have any physical contact with Black physicians. However, there was another key factor that influenced the senate’s decision. At the time, Queen’s University was under pressure from the American Medical Association (AMA), a professional medical organization that rated the conditions of medical schools in the United States and Canada. Founded in 1847, the AMA did not welcome Black physicians until the late 1960s. This anti-Black restriction remained practice at Queen’s until 1965 and stayed on the books as policy until 2018, although it was not enforced.

There were periods of time in which Black students were admitted to and excluded from McGill University, Dalhousie University and the University of Toronto medical schools. At Dalhousie University, under the leadership of university President Stanley Mackenzie between 1911 to 1931, Black students who were not British subjects were denied entry to the medical school. In the 1930s, only one hospital in Nova Scotia (the Tuberculosis Hospital) allowed Black medical students to complete their internship there.

Medicine, medical practice, and health do not live outside of culture. Its development happened (and happens) within the social/cultural. Black studies in medical education and public health includes the interrogation of the parameters of what makes someone healthy and the system of health care in which we exist. The myth of a racist-free field can (and has) proven deadly. My task as the JRJ Chair is to highlight and demonstrate the necessary intervention of Black studies into the field of medicine, medical education, and public health in Canada.