Throughout her career she was a champion in the area of disruptive technologies, a dynamic leader and a respected researchers. In October of 2021, she was named one of the top 100 most powerful women in the country by Women’s Executive Network (WXN). But, to her husband Tom Sullivan and her children, she was much more than her enormous legacy.

“It wasn’t just engineering that made her great. She went into engineering because she wanted to help people and solve problems,” says Tom. “But it was her love for students that really defined her. Everything she did was for the students. Every decision she made, was for her students.”

Pearl passed away last November after a twelve year battle with cancer.

Born in Malaysia, the Dalhousie Engineering alum immigrated to Canada in the 1980s to pursue a degree in Metallurgical Engineering at the Technical University of Nova Scotia (now Dalhousie University). It was there she met her husband Tom.

“She kept sitting in my seat at the back of our Industrial Engineering course, and I kept asking, are you staying in that seat?,” says Tom. “She had come to class two weeks late because she was finishing a co-op at General Motors and they gave her a plaque signed by Wayne Gretzky because she had the best co-op project of the year.”

Although small in stature, Pearl was fierce and mighty with the ability to do anything she set her mind to. Her passion for education and desire to inspire the next generation of future engineers led her to a career in academia. In 1994, she joined the mechanical engineering department at the University of New Brunswick where she was honoured twice with the UNB Faculty of Merit Award for Excellence. Then in 2004, she was hired by the University of Waterloo as a mechanical engineering professor, later serving as chair of the department.

Highly respected and admired by her students, peers and colleagues, Tom says Pearl was approached several times to become Dean of the Faculty of Engineering, but was hesitant to accept.

“Then there was a moment when Pearl and I were holding each other and the doctor had given her some pretty bad news. Pearl started talking again about being Dean, and I asked her if she’d like to do it, and she said ‘yes, I would. I would feel like I did something and accomplished something’.”

In 2012, Pearl became the Dean of Engineering at the University of Waterloo. Despite her battle with cancer, she focused tireless on her students. She envisioned the future of engineering education in a way no one else had ever done. She forged strong relationships with government and industry partners such as Research in Motion and introduced new programs and research opportunities to the Faculty in the areas of robotics and wireless communications, advanced manufacturing, artificial intelligence and nanotechnologies. She helped the Faculty of engineering put up five new student spaces on campus, and launched a student campaign aimed at ensuring that they had the resources and support to achieve their individual goals. 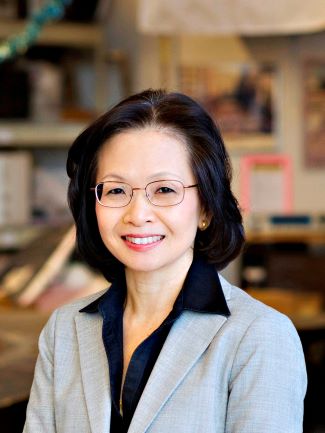 “She did more in a day than I would do in a year,” says Toms. “Once you had her support on something, you knew that it was going to be a success.”

“But she did it for the students. She wanted these engineers to be people who cared. She often said to her students, ‘we can teach you the engineering. You’re smart enough to be in engineering. The challenge is for you to be a human being. You need to learn how to care and love and follow your passion’.”

At heart, Pearl was a student herself, full of energy and life. Often times she could be found engaging with her students on campus, smile on her face and words of wisdom to share. Tom says she loved her students as if they were her own children.

“Pearl was fearless but made people feel relaxed when she was with them. They gravitated towards her because she was fun to be around. But her strength and fortitude came from her love for students. She always focused on making it fun and she put the fun in fundraising.”