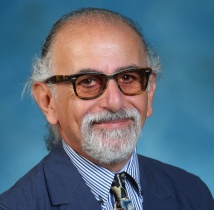 Dr. Ugursal worked in various areas of energy engineering as a consultant, project director, researcher, and teacher. He has worked on energy and international development projects in Canada, Turkey, Sierra Leone, Russia, Columbia, The Gambia, Trinidad and Tobago, the Philippines and Thailand. Over the past ten years, he received more than 20 research contracts and grants as the project director/principal investigator with a total external funding of more than $2 million.

Before joining the Department of Mechanical Engineering at Technical University of Nova Scotia (TUNS amalgamated with Dalhousie University on April 1, 1997), he worked as a project engineer in a consulting engineering company specializing in energy management and conservation. During this term, he conducted a wide range of energy optimization projects in the commercial and institutional building sectors, as well as the industrial sector.

Prior to his consulting career, he worked in the Energy and Mechanical Engineering Division of Marmara Research Centre of the National Research Council of Turkey. He was involved in a wide range of solar energy and industrial energy optimization projects.