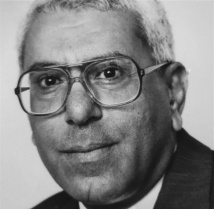 Dr. Barzilai was born in Tel Aviv, Israel during the British mandate. A brilliant student, he received his bachelor’s, master’s and doctoral degrees in applied mathematics from the Israel Institute of Technology (Technion) in Haifa, Israel. He then spent six years in the Israeli military where he worked on applied mathematical algorithms as an intelligence officer before completing graduate degrees in mathematical optimization. During his doctorate, he was a visiting researcher at the University of Delaware and upon completion, he took up postdoctoral positions at the University of Texas in Austin and York University in Ontario.

His first faculty appointment was at the Faculty of Management at Dalhousie University in 1984. During this time, he was also cross appointed at the Department of Mathematics at Dal. Along with Jonathan Borwein, he developed the Barzilai-Borwein gradient method, widely recognized as a very significant contribution to non-linear optimization. His passion for optimization research continued to his very last days, and throughout that time he made significant breakthroughs in algorithms with implications for such applications as AI training.

In 1987, he joined the Technical University of Nova Scotia (TUNS) as the Director of the School of Computer Science. When TUNS merged with Dal in 1997, he moved to the Department of Industrial Engineering. After his retirement in 2017, he continued to stay active in research until the very end. His other passion was the related areas of measurement theory and decision theory and analysis.

Dr. Barzilai published major papers on measurement and decision theory and developed a methodology, Preference Function Modelling (PFM), for measurement, evaluation, and decision making by a single decision maker or a group, based on more than twenty years of research into the mathematical foundations of the Analytic Hierarchy Process, utility theory, decision theory, measurement theory, and related fields. He challenged existing theories in these domains and very recently completed a book entitled "Pure Economics" (soon to be published posthumously) in which he points out the major flaws in these disciplines and offers corrections.

Dr. Barzilai held high ethical and intellectual standards, both for himself and others. He challenged convention and was ready to be unpopular in defense of his convictions. He was a teacher, guide, and mentor with a great sense of humour, offering invaluable advice and insights to those who were fortunate to know him.