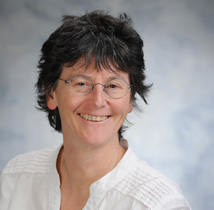 Janice Graham (@JEGanthro) is a Professor in Medical Anthropology and Infectious Diseases, and former Canada Research Chair in Bioethics (2002-2012), in the Faculty of Medicine at Dalhousie University.

Working in the area of emerging biotherapeutics and vaccines in Canada, Europe and Africa, Professor Graham studies safety, efficacy, and trust in the construction and legitimization of clinical research and regulatory practice. She has presented evidence to the Science Policy Directorate, Office of Legislative and Regulatory Modernization, Parliament of Canada, World Health Organization, and United Nations on regulatory risks of industry capture to independent research, open data, and public health.

She has been a visiting senior fellow at the BIOS Centre for the Study of Bioscience, Biomedicine, Biotechnology and Society, London School of Economics and Political Science (2006) and chaired Health Canada’s Expert Advisory Panel on the Special Access Program (2008). She was a consultant on the World Health Organization Global Vaccine Safety Blueprint (2010-12) and a Visiting Professor at Maladies Infectieuses et Vecteurs: Ecologie, Génétique, Evolution et Contrôle (MIVEGEC), Centre de recherche IRD, CNRS U Montpellier, France (2013-14).  She is a member of the Scientific Advisory Group for the WHO Guinea Ebola vaccine trials that produced the first effective Ebola vaccine. Professor Graham is a past President of the Canadian Anthropology Society/Société canadienne d'anthropologie (CASCA).

Professor Graham received the Weaver-Tremblay Medal for Distinguished Service in Applied Anthropology, Canadian Anthropology Society (CASCA) in 2016.  She was inducted as a Fellow in the Canadian Academy of Health Sciences in 2017, and to the Royal Society of Canada in 2018.  She is currently a University Research Professor at Dalhousie.