Atlantic Condor, a vessel owned by Atlantic Towing, Irving Group, Canada is the first regularly-running vessel with the Dal-VOS system installed. Atlantic Condor is a multipurpose supply vessel that runs weekly to biweekly between the Halifax Port and the Deep Panuke gas platform off Sable Island on the Scotian Shelf. The underway Dal-VOS system has been installed and running on Atlantic Condor since May 2017.

One of the key features of this system is a DNV (Det Norske Veritas) certification, which ensures compliance of the system and its operation within the safety regulations of the ship. Furthermore, special hull penetrations were made during dry-docking of the ship to obtain direct seawater access without passing a seachest. A seachest is a rectangular-shaped seawater reservoir that takes in seawater from the bottom of the vessel, and usually is a place from where a conventional underway system draws its seawater. Because of the size of the seachest and the length of the pipe which delivers water, it could retain a large volume of seawater, leading to large temperature differences between the water intake and the system as well as the smearing and delay of the signal. On the Dal-VOS side, special modifications were made in one of the chambers to house a flat membrane assembly – a gas equilibration device. The equibrated gas is delivered to the detector of CO2-ProCV pCO2 sensor via stainless steel gas tubes and is measured there. Oxygen optode and conductivity sensors are installed in the same chamber as the membrane and allows for the measurements of oxygen, salinity and pCO2 in the same chamber. The geofence is set to 5 km outside of Halifax Harbour, so the water flow through the underway system shuts off while Atlantic Condor is in port.

The installation on Atlantic Condor is a pilot project aimed to demonstrate the utility of the newly-developed Dal-VOS system as an effective system for collecting a wide variety of oceanographic data. The collected data is used for quantifying air-sea carbon flux and understanding surface water dynamics on the Scotian Shelf. Observations by Atlantic Condor will be used to validate and calibrate local biogeochemical models of the shelf. 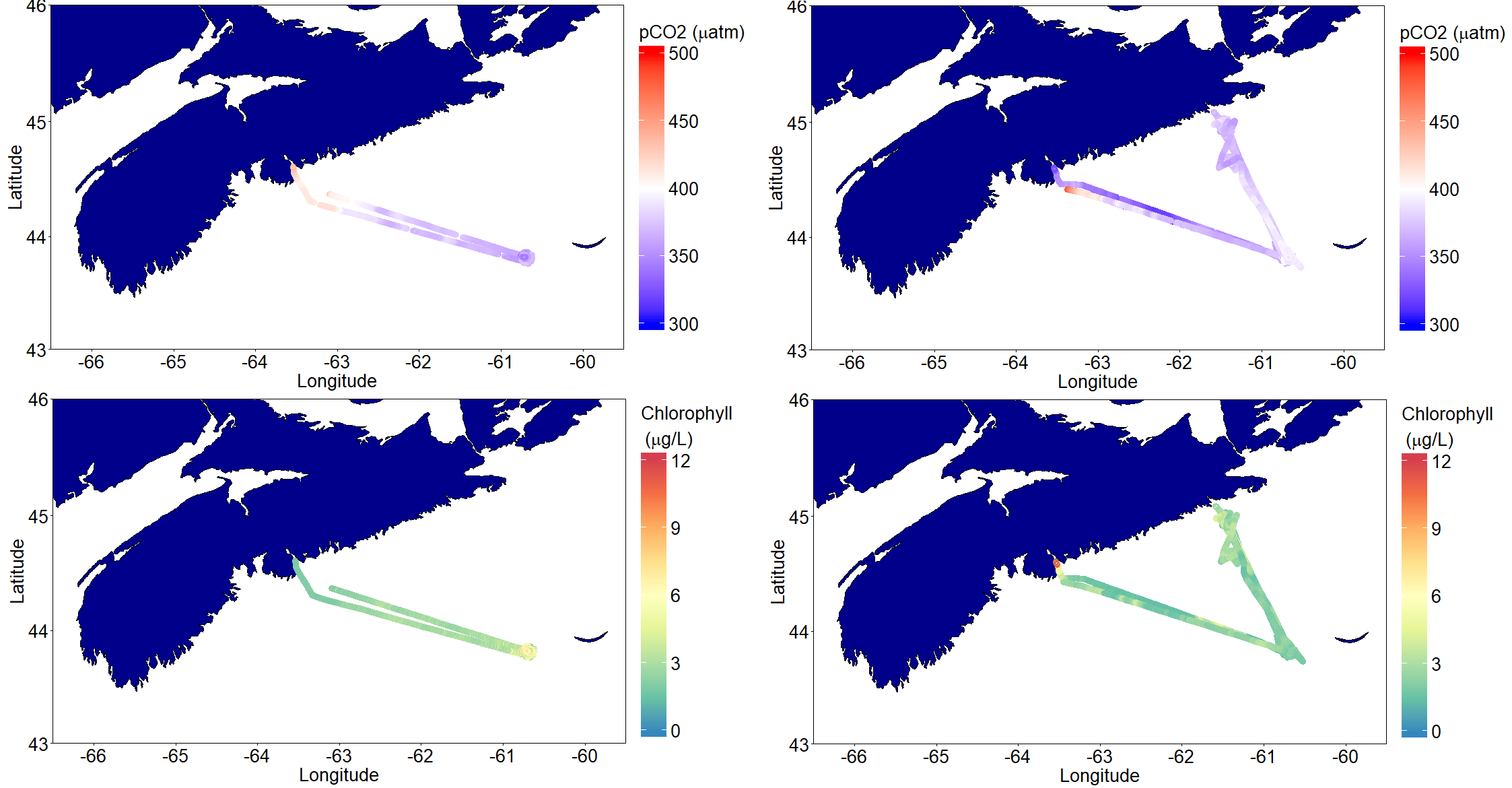 Data from the underway system on the Atlantic Condor: Comparing the observation in February and May, they show the seasonal change of pCO2 before and during the spring bloom.

Scheduled maintenance is essential to ensure the system is up and running properly. The latest maintenance of the underway system was conducted in early August 2018, which is six months since the previous maintenance work.  Maintenance tasks included cleaning of the chambers and the strainer and replacing the sensors for a set of calibrated ones. The maintenance work included mainly technical tasks and troubleshooting and took roughly 2-3 hours. Very little fouling was found in the chambers over the course of six months (see the pictures) due to a combination of preventive measures: copper-container material of the plumbing, strainer fitering, high flow rates and geofence feature. A thin film of deposits composed mainly of inorganic material (rust) was found, probably originating from the hull and hull penetration pipes. 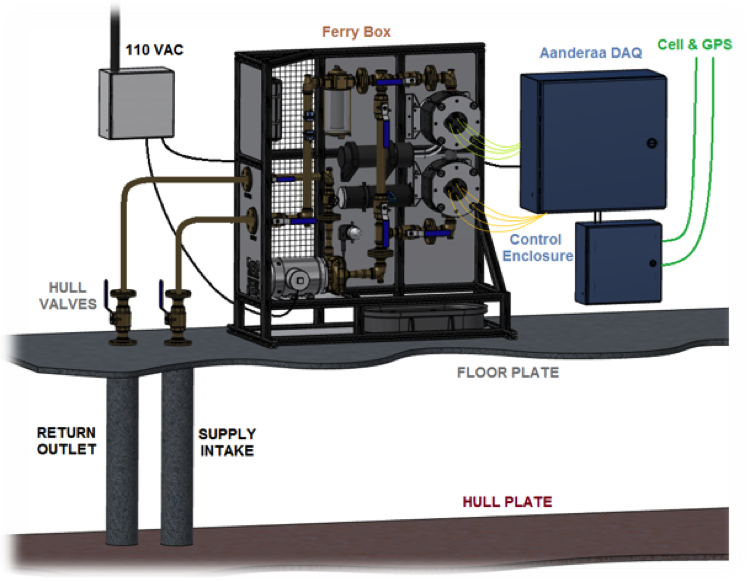 Dal-VOS system installed on the Atlantic Condor, including hull preparation

Atlantic Condor in the fog

Replacing sensors and cleaning the chamber

Chamber - before and after cleaning