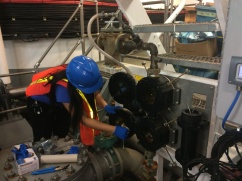 CERC.OCEAN research assistant, Kitty Kam, is cleaning the Dal-VOS system on the Atlantic Condor. This maintenance, which only happens every 6 months, ensures the system is running smoothly allowing for high efficiency, autonomous measurements onboard.

Learn about the Dal-SOOP System Design

Learn about Previous Installations of the Dal-SOOP system

Learn about Future Opportunities for the Dal-SOOP System

The Atlantic Enterprise, a commercial shipping vessel that operates in the Labrador Sea, is the second permanent SOOP system in the works

The Atlantic Enterprise, a commercial shipping vessel that operates in the Labrador Sea, is the second permanent SOOP system in the works

Find data and information on the Dal-SOOP system

Find data and information on the Dal-SOOP system

Commercial vessels make regular transits on the ocean and may offer an excellent opportunity to collect important scientific data. The goal of this project is to equip commercial vessels with observational equipment and leverage existing routes to gain additional data without the need for dedicated science vessels, allowing for increased coverage, frequency, repeatability, duration, and convenience.

According to the Surface Ocean CO₂ Atlas (SOCAT, www.socat.info), the amount of surface ocean oceanographic data has significantly increased since 1957. Currently, the latest version of SOCAT has 23.4 million quality-controlled observations of surface water partial pressure or fugacity of CO2, measured between the period of 1957 and 2017. A considerable contribution to the increased observations is from the rising numbers of underway systems on SOOP. SOOP program uses existing infrastructure (a ship) as a platform for making oceanographic measurements. By using commercial vessels, such as container ships, supply vessels, ferries, fishing boats, trawlers, that make regular transits, we can collect scientific data without the additional demand of a scientific cruise. 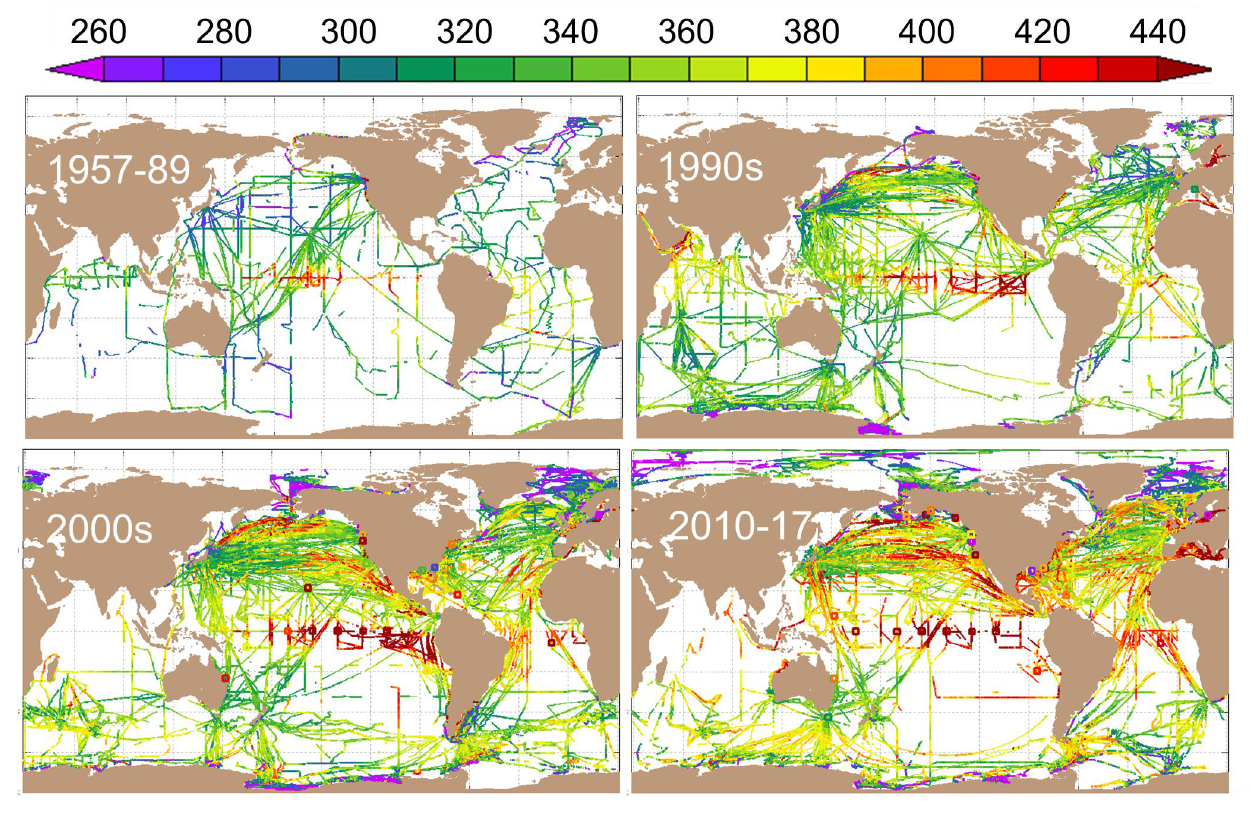 Custom oceanographic equipment is installed onboard to convert the vessel into an independent observing platform. Using the seawater intake system of a ship, we can measure the physical, chemical, and biological properties of the in-situ water samples. This provides us with a key platform for supporting measurements, e.g. the air-sea CO2 partial pressure difference (ΔpCO2) which, in turn, helps to constrain global assessments of CO2 sources and sinks in the ocean. 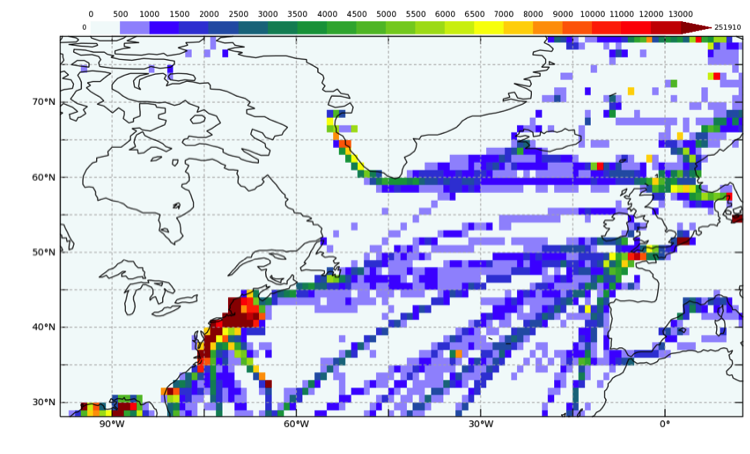 Our understanding of the carbon sink in the North Atlantic Ocean is still limited by the lack of scientific data, particularly in the Labrador Sea and Northwest Passage. Both locations play an important role in the ocean carbon sink. The insufficient data in the Northwest Atlantic is due to the lack of transits and the technical challenges of underway system installation.

Commonly used underway systems on SOOP are highly dependent on manual supervisions by trained technicians because of the complexity of the biogeochemical measurement system. The installation certification, as required by marine classification societies, could be difficult to obtain due to the technical issues faced by the conventional measurement system. Both factors might hinder the widespread use of SOOP in the future.

The new autonomous instrumentation can minimize the reliance on the frequent maintenance, and at the same time, maintain the quality of observation. As the potential of SOOP is growing, better instrumentation is needed to equip these ships for higher efficiency. The CERC.Ocean team has been working on the development of a compact, modular, low maintenance Dalhousie Underway Monitoring System (Dal-SOOP) in order to overcome the technical challenges of autonomous measurements on SOOP.