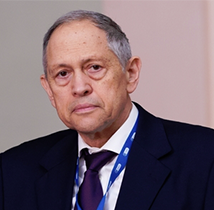 An applied mathematician, born and educated in Russia (M Electrical Engineering, and PhD in Theoretical Mechanics/Applied Mathematics, St-Petersburg 1973), Professor Mitnitski joined the Geriatric Medicine Research team in 2002. He is a Fellow of the American Gerontological Society (GSA), and has received several distinctions, including a Dalhousie University Research Professorship (2011), given only to a limited number of individuals. His research on “Mathematical modeling of fitness and frailty in relation to biological age in individuals and populations” was funded by three successive operating grants from the Canadian Institutes of Health Research. He has published over 100 peer reviewed papers, been a peer reviewer for over 30 journals, and delivered many presentations at national and international scientific meetings. As part of a longstanding collaboration with Professor Kenneth Rockwood (Department of Medicine at Dalhousie University), he developed an integrated measure of human health known as the Frailty Index (FI; Mitntiski et al., 2001), which now has numerous applications in a variety of areas, including epidemiology, clinical medicine, biology, and most recently even in macro-economics. First suggested as an empirical means of quantifying individual aging rates (Mitnitski et al., The ScientificWorld 2001) and as an indicator of frailty, this index allows understanding of the complex stochastic processes of the interactions between the organism and its environment (Mitnitski et al., Biogerontology 2013). Most importantly, this work demonstrated that age related changes in the time of recovery after stresses (of various nature) explain the major patterns of health-related deficit accumulation with aging. As a robust health indicator, an FI can be used for the evaluation of biological age in individuals (Mitniski and Rockwood, J Gerontol Biol Scie 2013; Mitnitski et al. J Gerontol Biol Sci 2016). The statistical mechanics of these processes are currently being developed in a large-scale computer model, in collaboration with Prof. Andrew Rutenberg (Department of Physics at Dalhousie University).