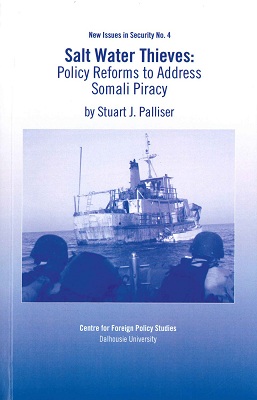 Piracy is one of the world’s most ancient – and romanticized – crimes. Until recently, however, it existed more in the collective historical imagination than on the high seas, and while several piracy hotspots existed, the crime seemed almost benign when compared to other contemporary security threats such as terrorism, human traffickers and drug cartels.

But piracy is not benign – it threatens the smooth flow of global trade on which so many countries rely. Nor is piracy dead, indeed incidents have increased rapidly in recent years until they have reached levels that have drawn the world’s attention. Everything about the re-emergence of piracy on the global radar screen is shocking. From their origins to the brazen nature of their attacks, the pirates of Somalia have taken the world’s shipping industry off guard and collected millions of dollars in ransom payments. In response, states from all over the world have stationed warships in the Gulf of Aden and Indian Ocean in the hope of curtailing the ever-increasing number of attacks in the region. These warships, however, have had little effect on pirate activities.

What should the world do next? This monograph explores the failure of the state in Somalia and ties this to the birth of piracy there. It also compares piracy off the coast of Somalia to piracy in the world’s former pirate hotspot, the Malacca Strait. From these explorations, the monograph makes both short- and long-term recommendations about how to address the piracy. The short-term recommendations do not involve new resources or new forces, but rather utilize the naval forces that are already present in the region to address a situation which is costing the world millions of dollars and only showing signs of getting worse. The long-term recommendations utilize the lessons learned in the Straits of Malacca and build on the involvement not just of international players but of the entire region.