Home
Centre for the Study of Security and Development
Publications
Print Publications
Is there Life Abroad After Afghanistan? The Future of Canadian Expeditionary Operations

Is there Life Abroad After Afghanistan? The Future of Canadian Expeditionary Operations 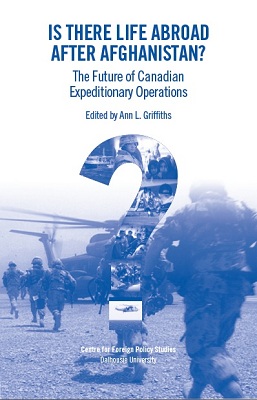 This short book is derived from a two-day conference that was held in September 2010 in Halifax hosted by the Centre for Foreign Policy Studies at Dalhousie University as part of the Security and Defence Forum. The conference examined what will happen to expeditionary operations after the Canadian Forces end their combat role in Afghanistan in July 2011. This book highlights some key issues and perspectives on this topic. It includes discussions of public opinion in Canada on defence policy and operations abroad, how the Afghanistan operation was framed by government and how effective that framing was, what effects if any Canada’s actions in Afghanistan had on Canadian relations with the United States, non-traditional security threats and their relation to the Canadian Forces, and future roles and capabilities of the Canadian Navy. The future is always uncertain, but it is timely – indeed necessary – to speculate on how the mission in Afghanistan will affect the Canadian Forces in the future.