Home
Centre for the Study of Security and Development
Publications
Print Publications
Rise of the Rest: Opportunities and Implications

Rise of the Rest: Opportunities and Implications 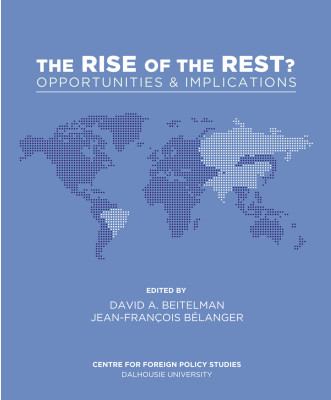 This book examines the ongoing debate about the supposed decline of the United States and Europe (the West) and the rise of emerging powers like China, India, and Brazil (the ‘rest’). Specifically, it examines the security and defence implications of a change in the global balance of power, whether real or imagined. The two-day symposium on which this book is based considered the rise of the BRICSAM states (Brazil, Russia, India, China, South Africa, and Mexico), American power in the 21st century, Canadian power in the 21st century, weapons of mass destruction, changes in security, China, and South Asia. This book includes the best papers from the symposium that deal with the perceived decline of American power, the rise of China and Brazil, and changes in security (privatization, social media, cyber security).