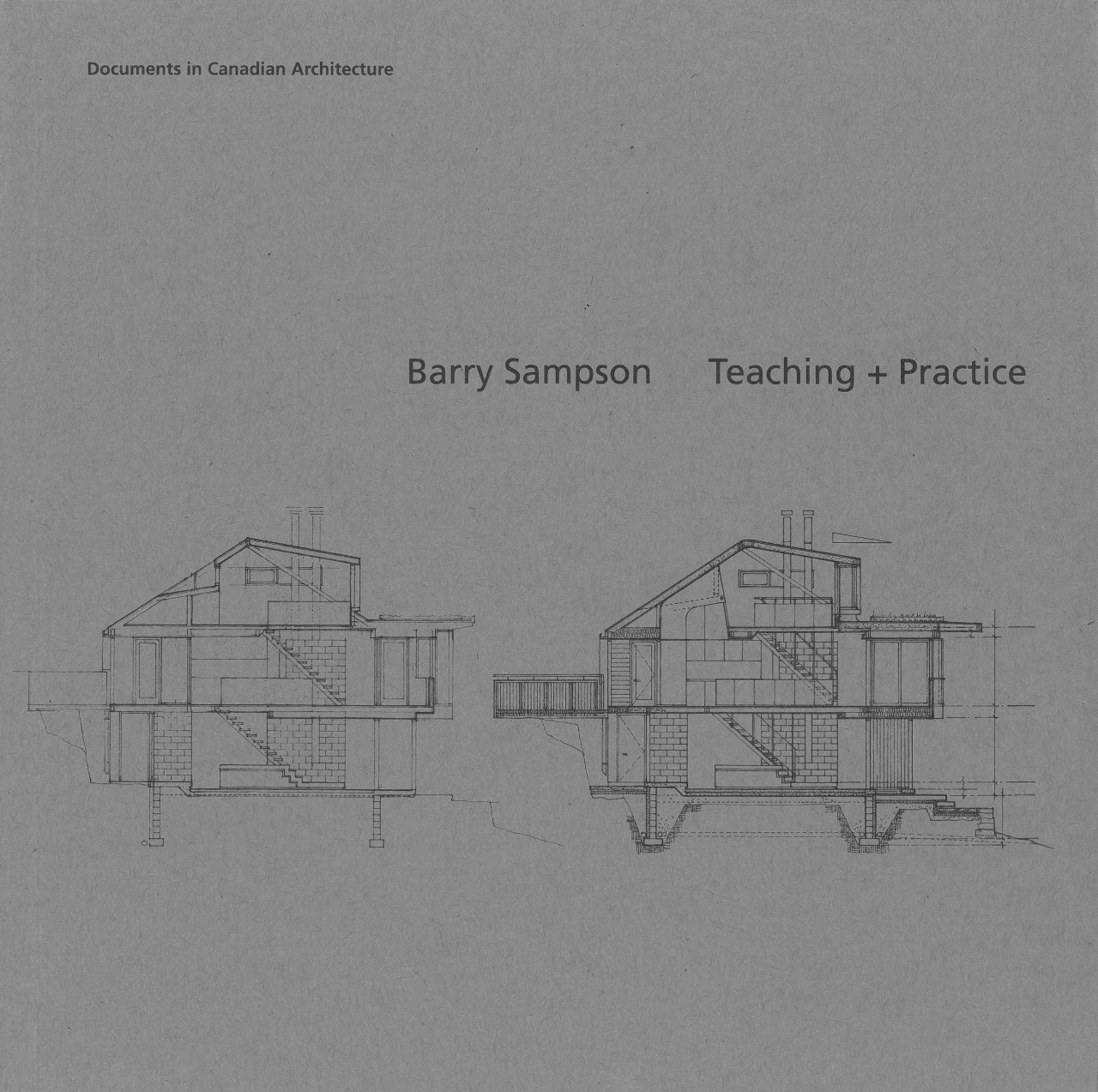 This book documents the ideas and work of notable Canadian architect Barry Sampson, who was Professor of Architecture at the University of Toronto for nearly thirty years, and an instrumental part of the evolution of Baird Sampson Neuert, a significant critical practice in Toronto that influenced the development of ideas in the city, throughout the region, and more widely.

The book investigates key ideas identified in Sampson’s 2019 Baird Lecture at the University of Toronto, reflecting on audience; Modernism and its legacies; architecture’s response to the environment and to human needs; architecture’s role in giving form to community; and the survival of critical practice in an age of technocracy. The publication also documents projects illustrative of Sampson’s approach to design, construction, and use – a school, a university building, and a cabin – with texts, drawings, and images. Further, it collects reflections on Sampson’s diverse roles in architecture – teacher, practitioner, advocate, environmentalist, mentor, client, and builder – from selected collaborators, including notable architects, structural and environmental engineers, and academic colleagues.