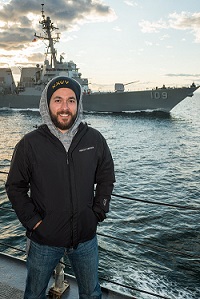 Originally from Toronto, I hold master’s degrees in political science and American studies from University of Western Ontario and a PhD in Political Science (International Relations) from Dalhousie University. My dissertation, “Strategic Trust: Re-Thinking U.S.-China Military Relations,” applies a theoretically-informed concept of strategic trust to contemporary U.S.-China military relations. It concludes that military relations between the two have been more successful than is often believed, and that strategic trust can help stabilize the U.S.-China strategic rivalry. My research has been supported by the Killam Trust and the Social Science & Humanities Research Council of Canada (SSHRC). I have published in On Track, International Journal, Mic.com, Canadian Foreign Policy Journal, Canadian Naval Review, H-Diplo, Marine Corps History, and The Forum, and have co-edited two books, Rise of the Rest? Opportunities and Implications (2013) and Weapons of Mass Destruction and the New Strategic Environment (2012). I am currently a research fellow at the Centre for the Study of Security and Development, where I previously served as Deputy Director (2013-2014). I can be found on Twitter at @SunCatapult.

My research interests include U.S.-China relations, international relations theory (particularly the concept of trust and its relationship to major power conflict), security studies, and Canadian and U.S. foreign and defence policies.